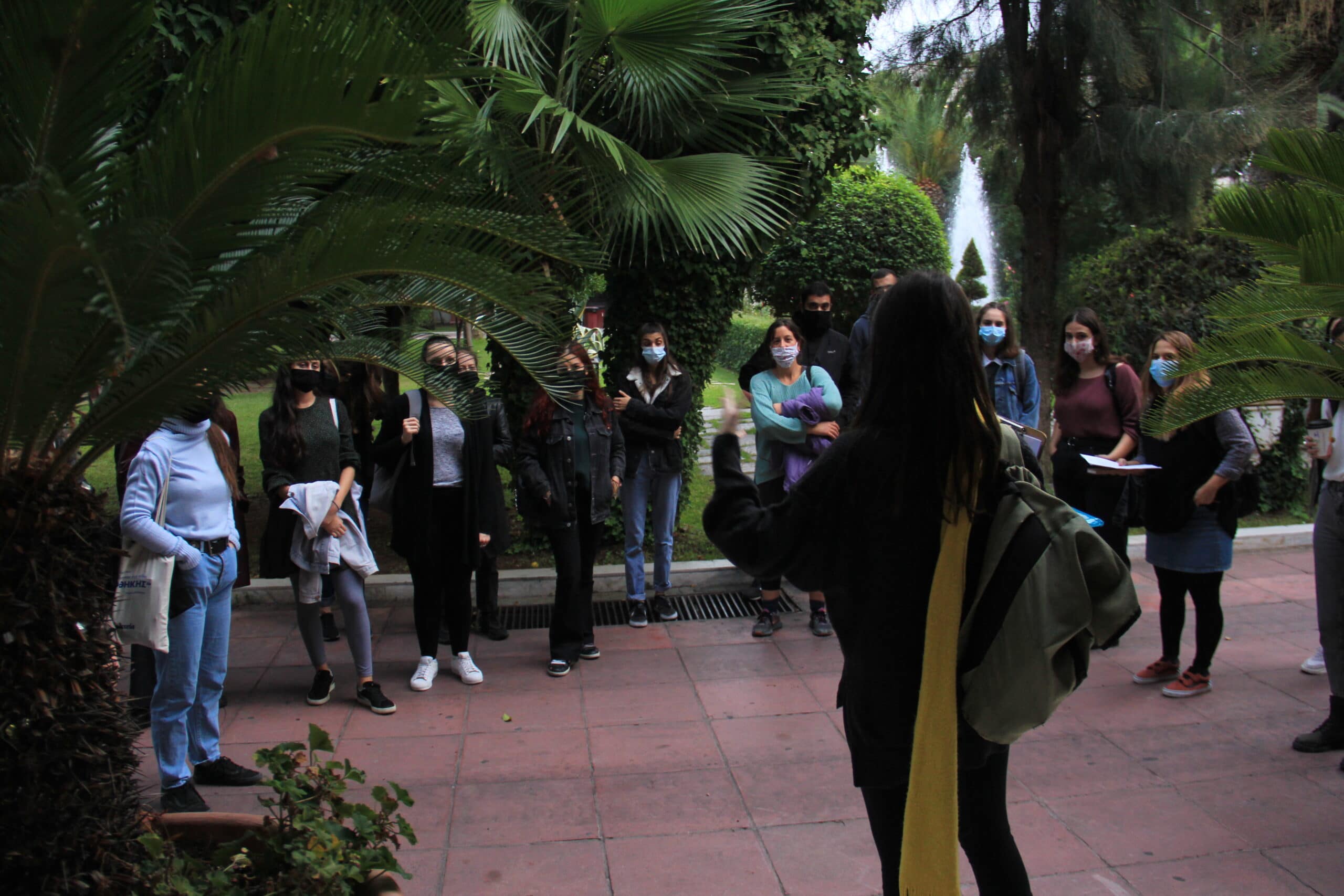 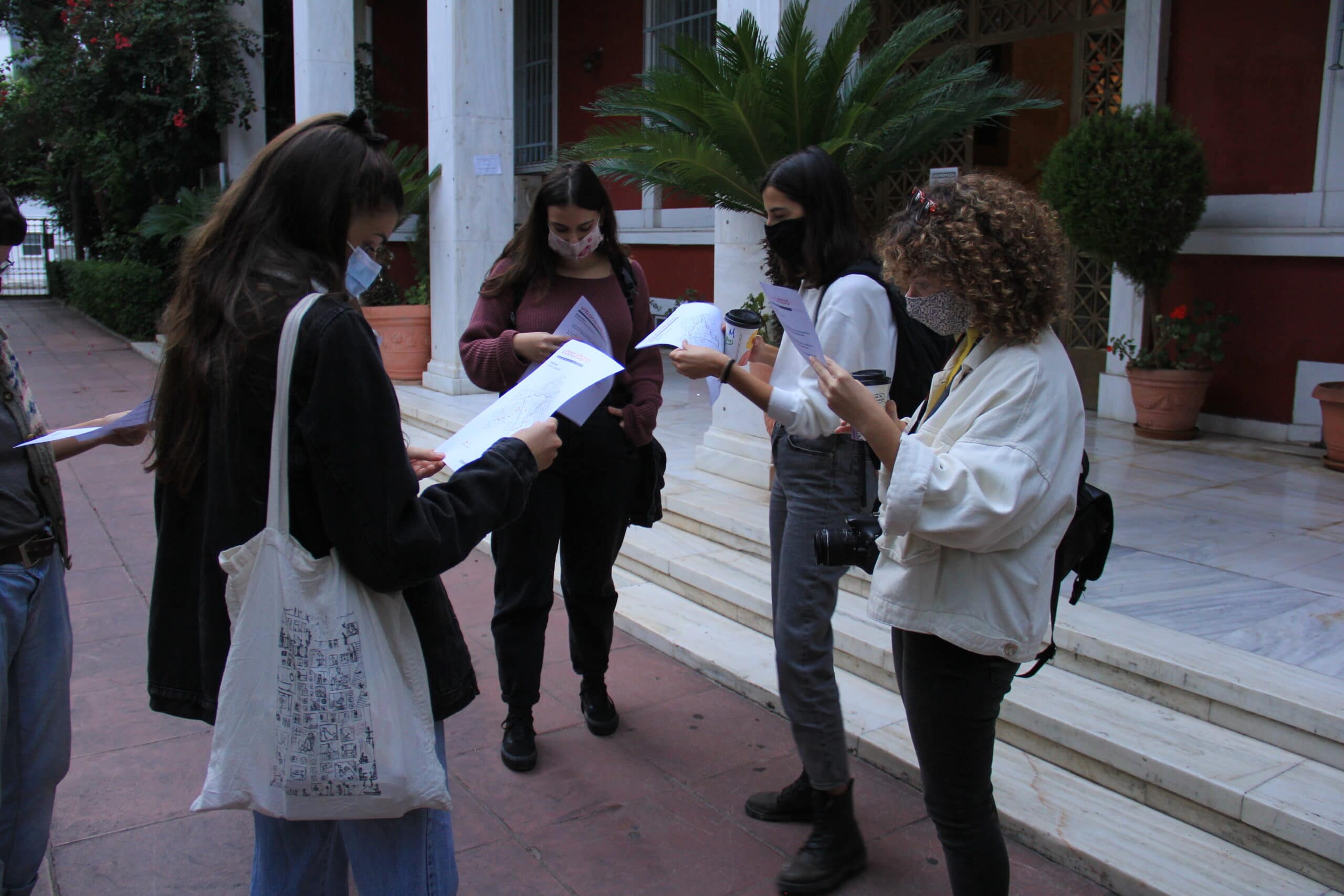 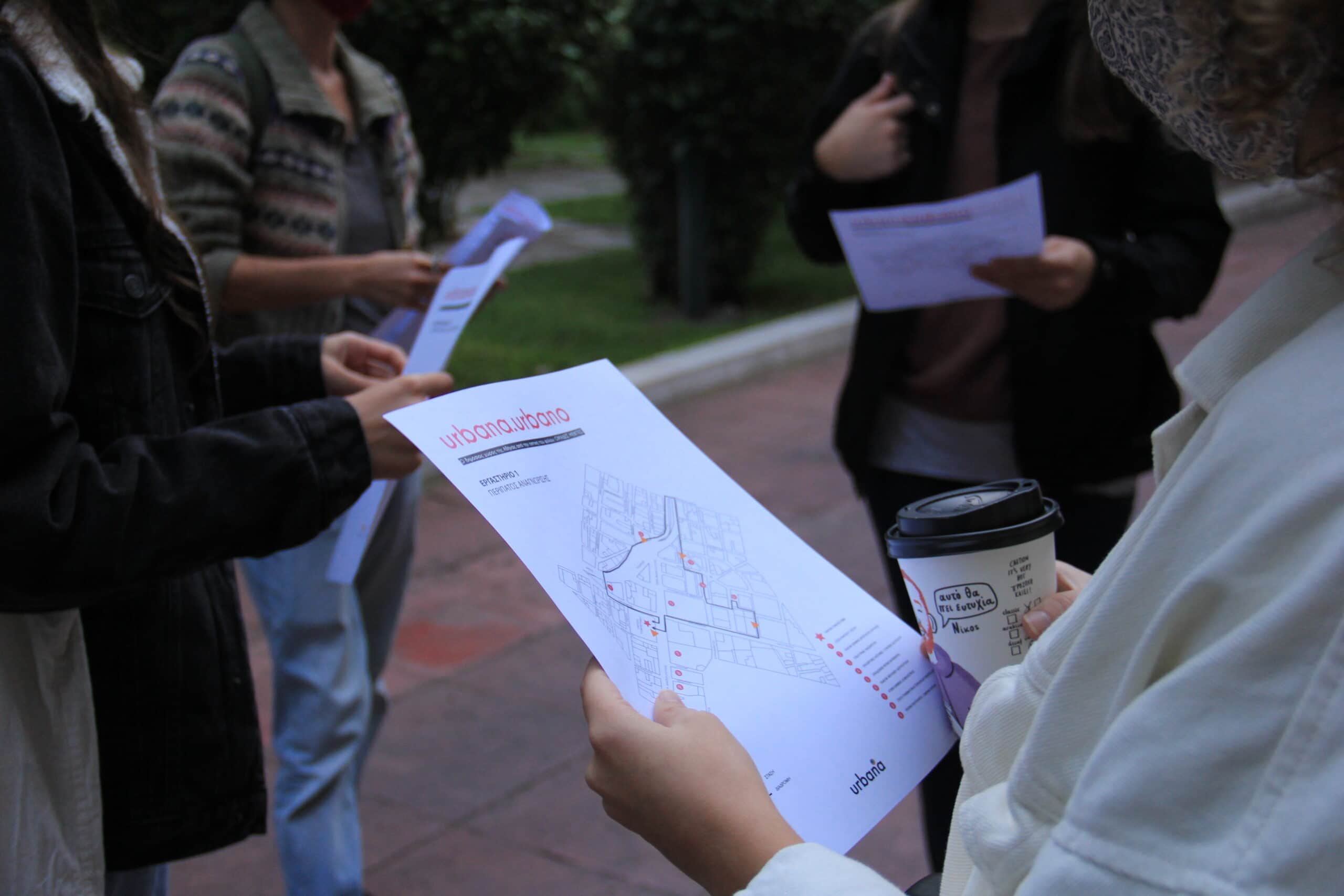 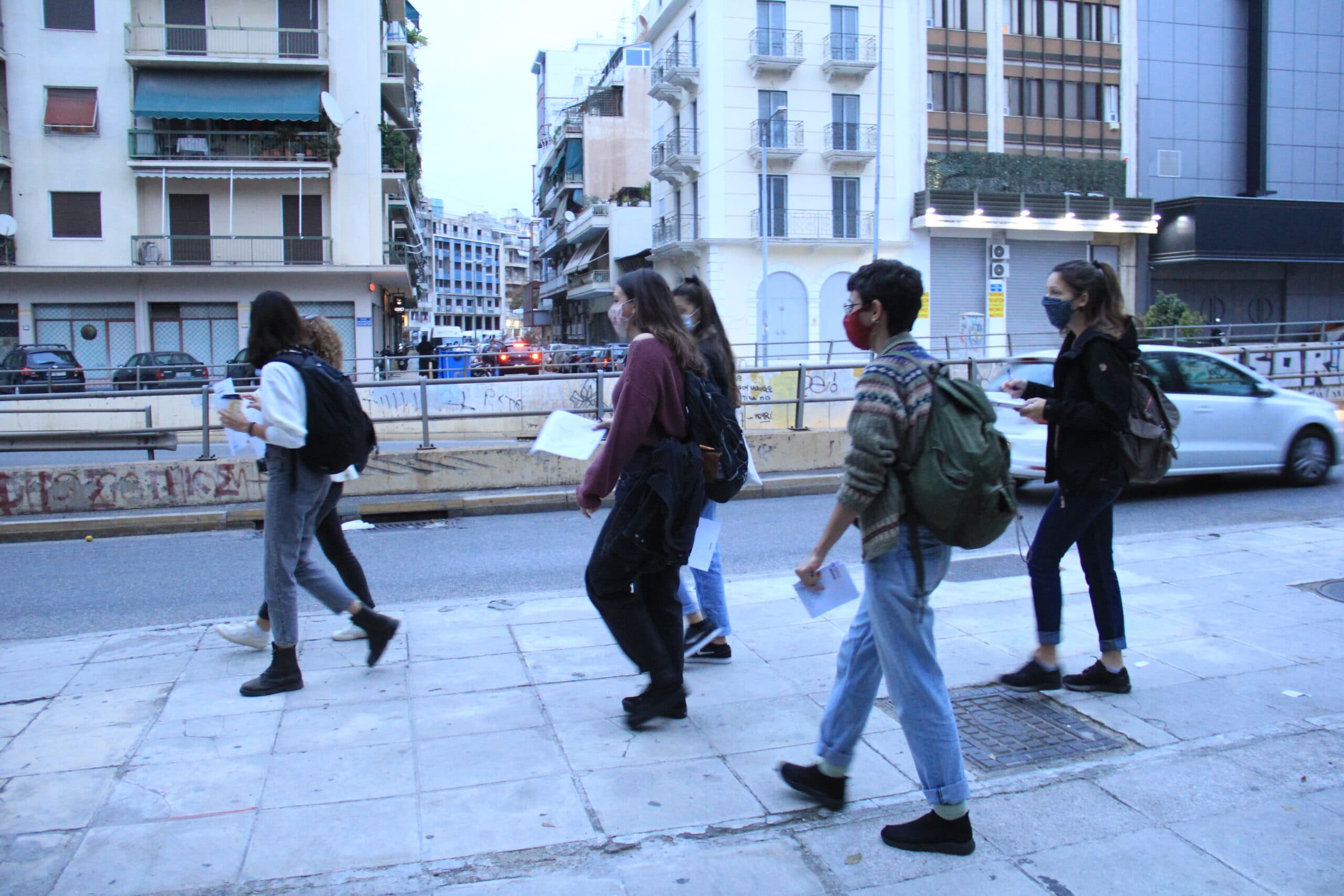 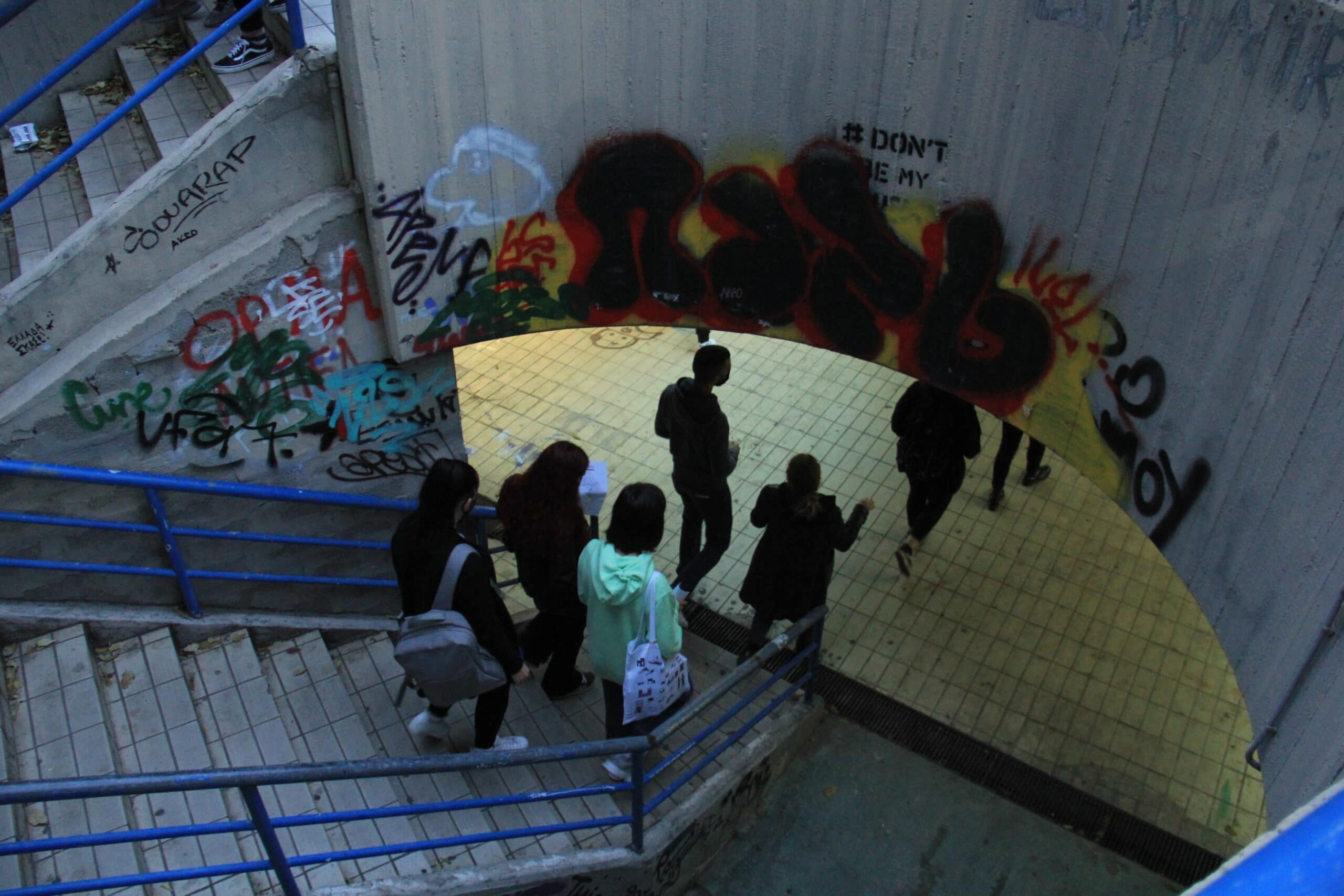 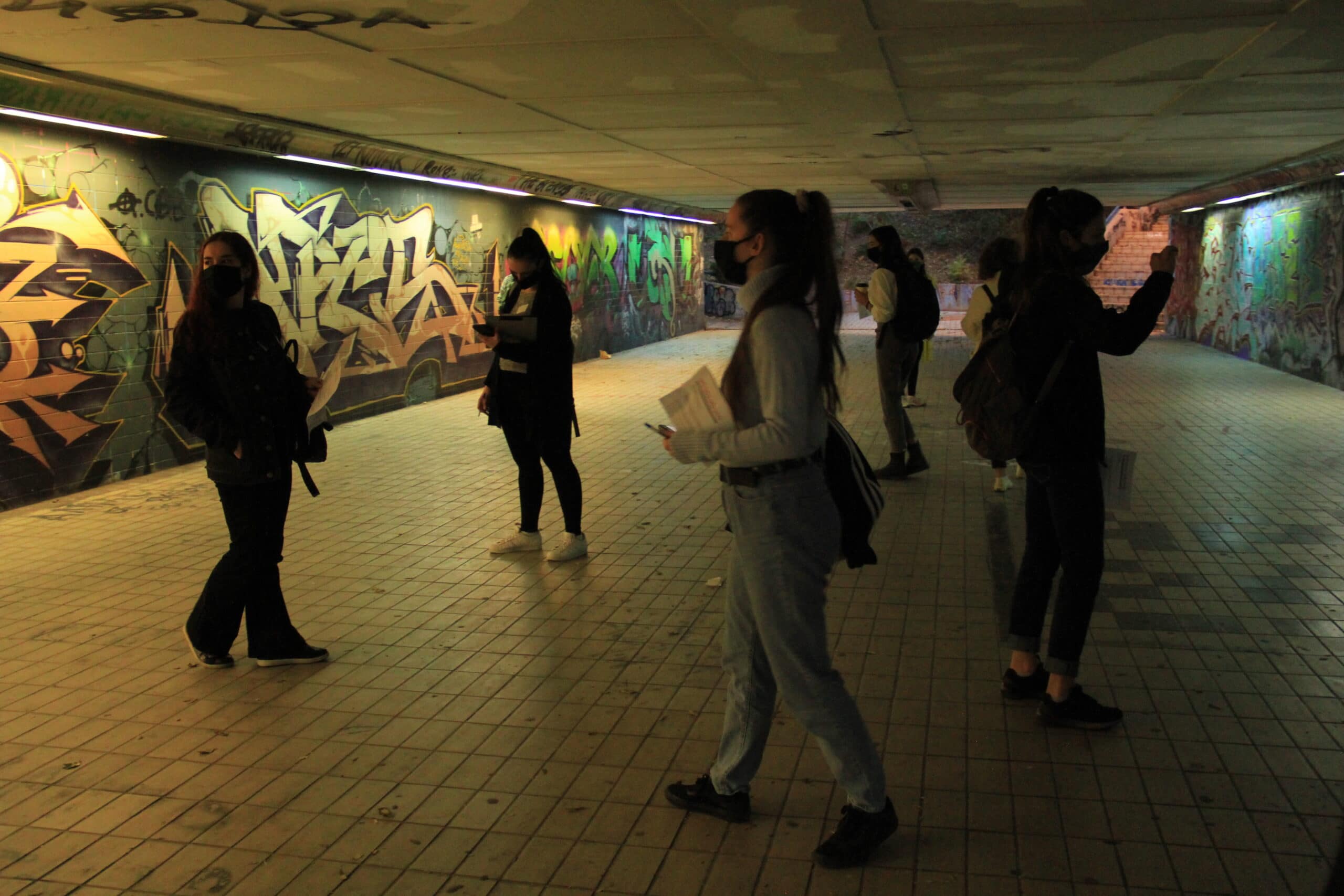 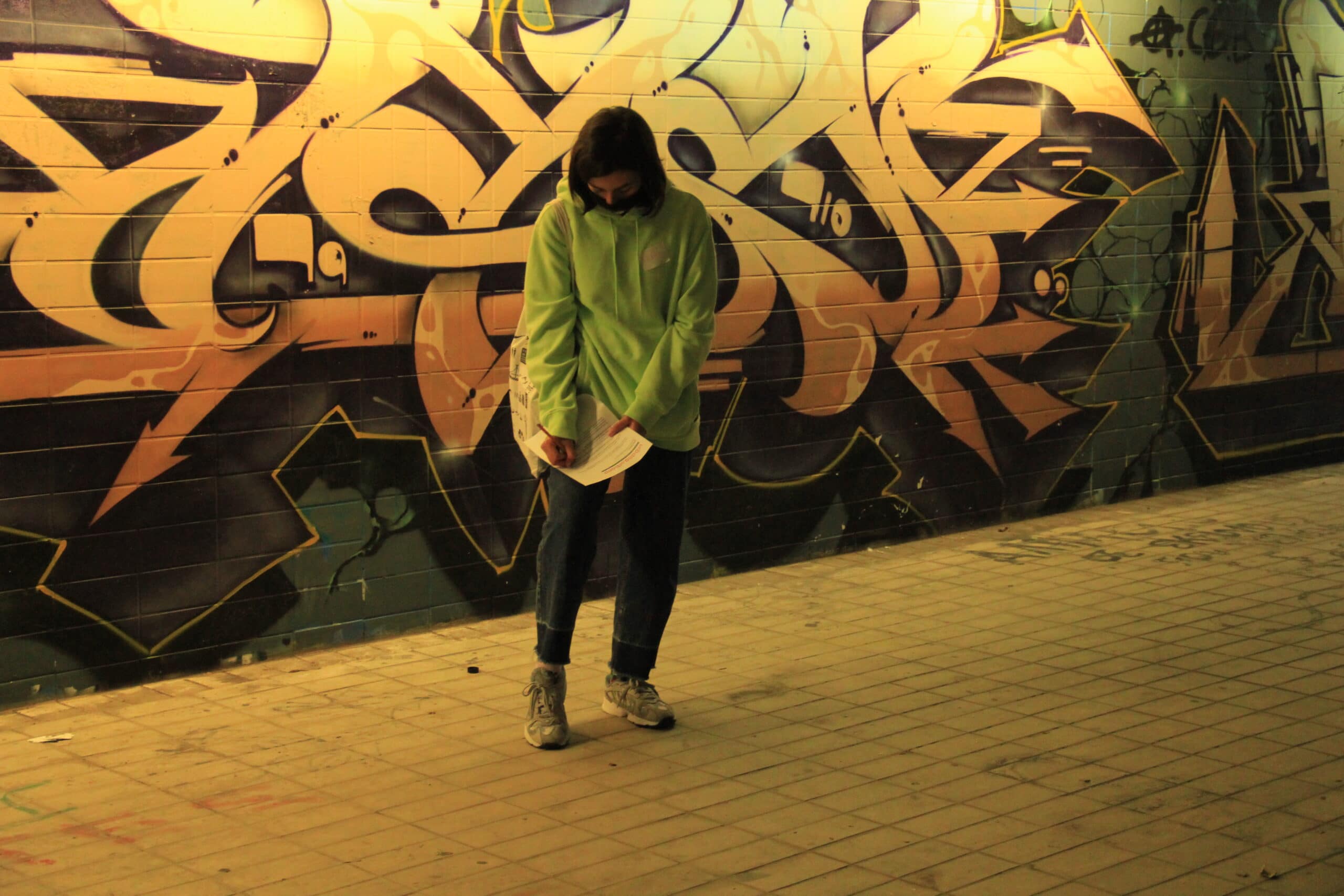 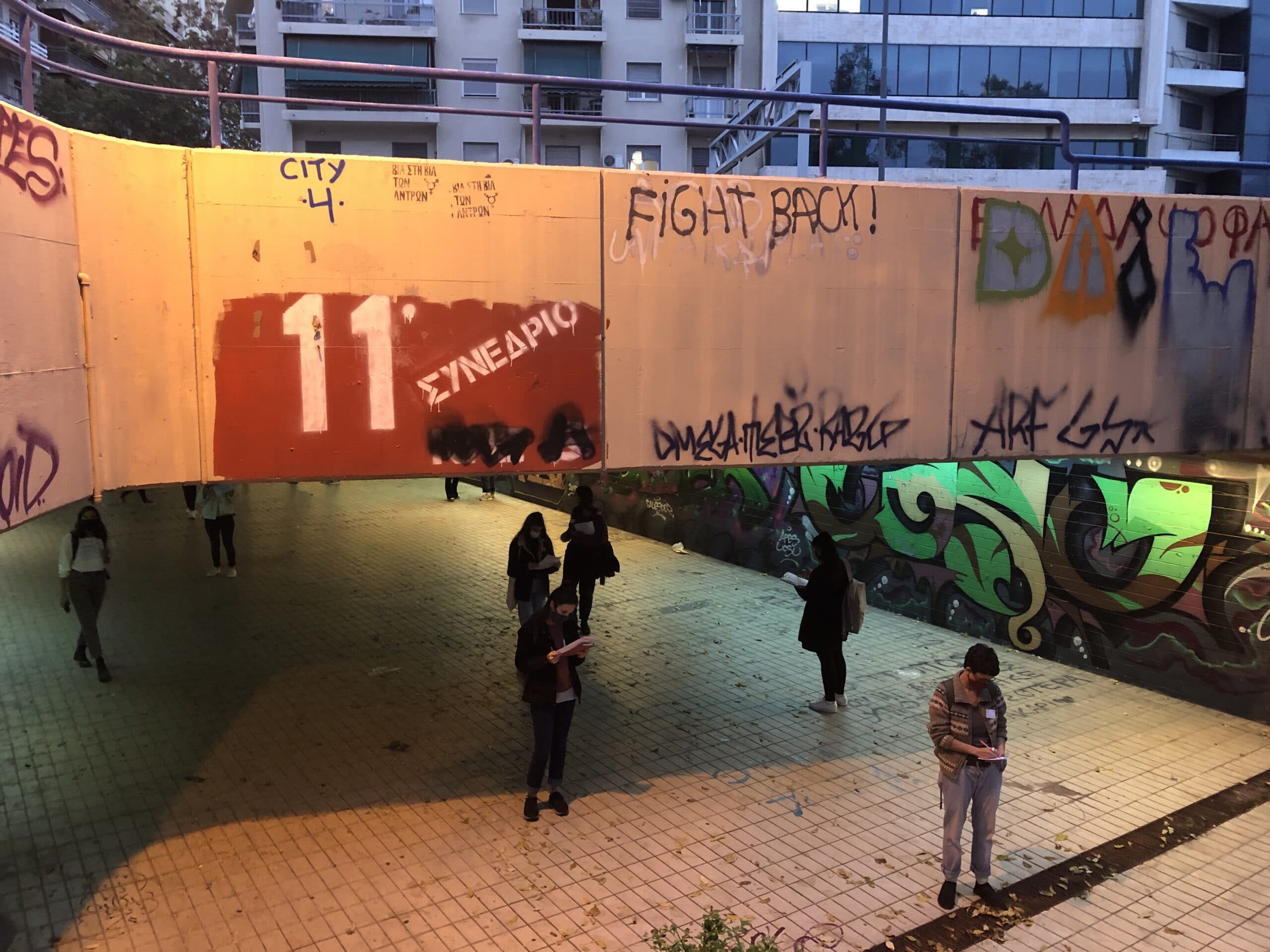 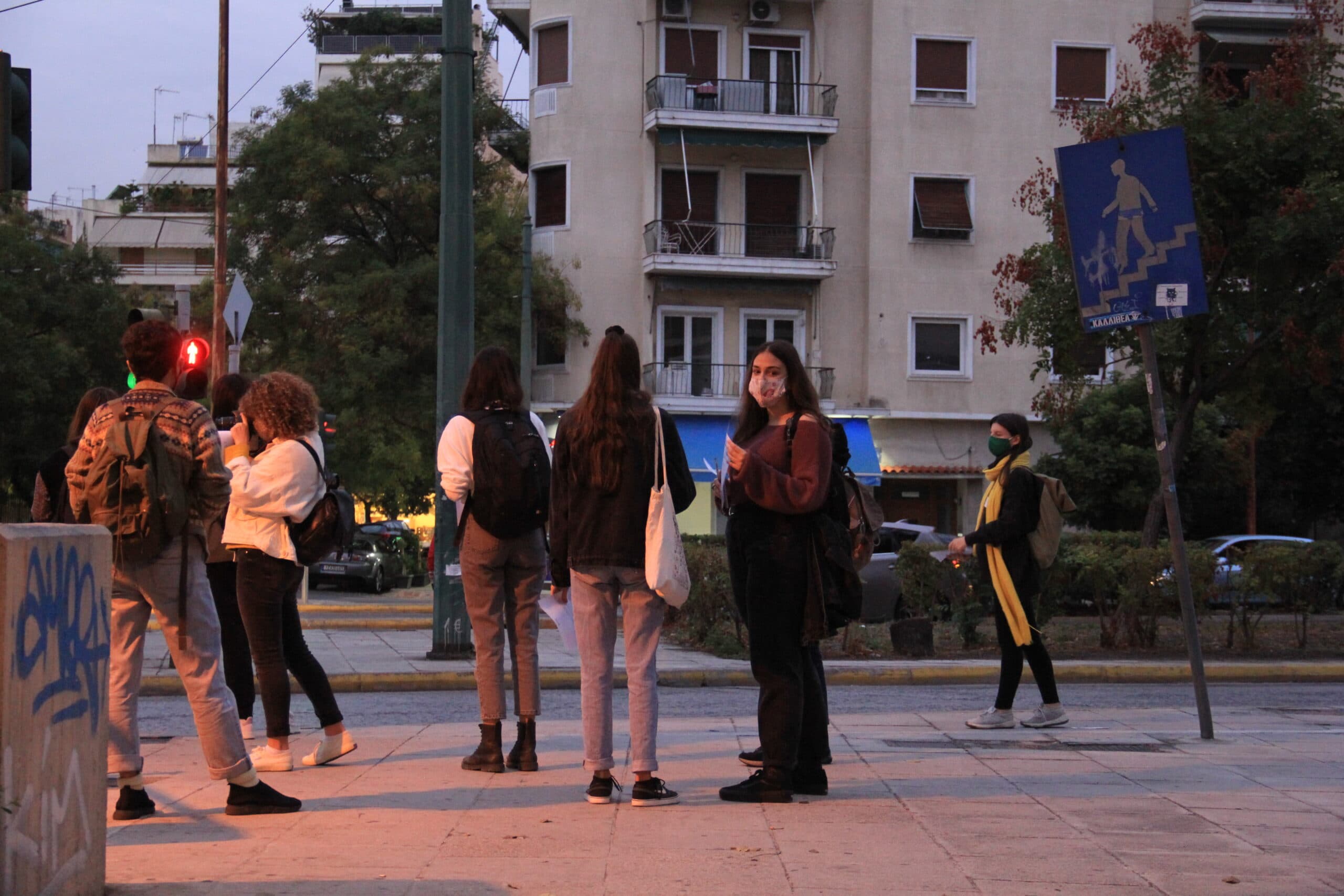 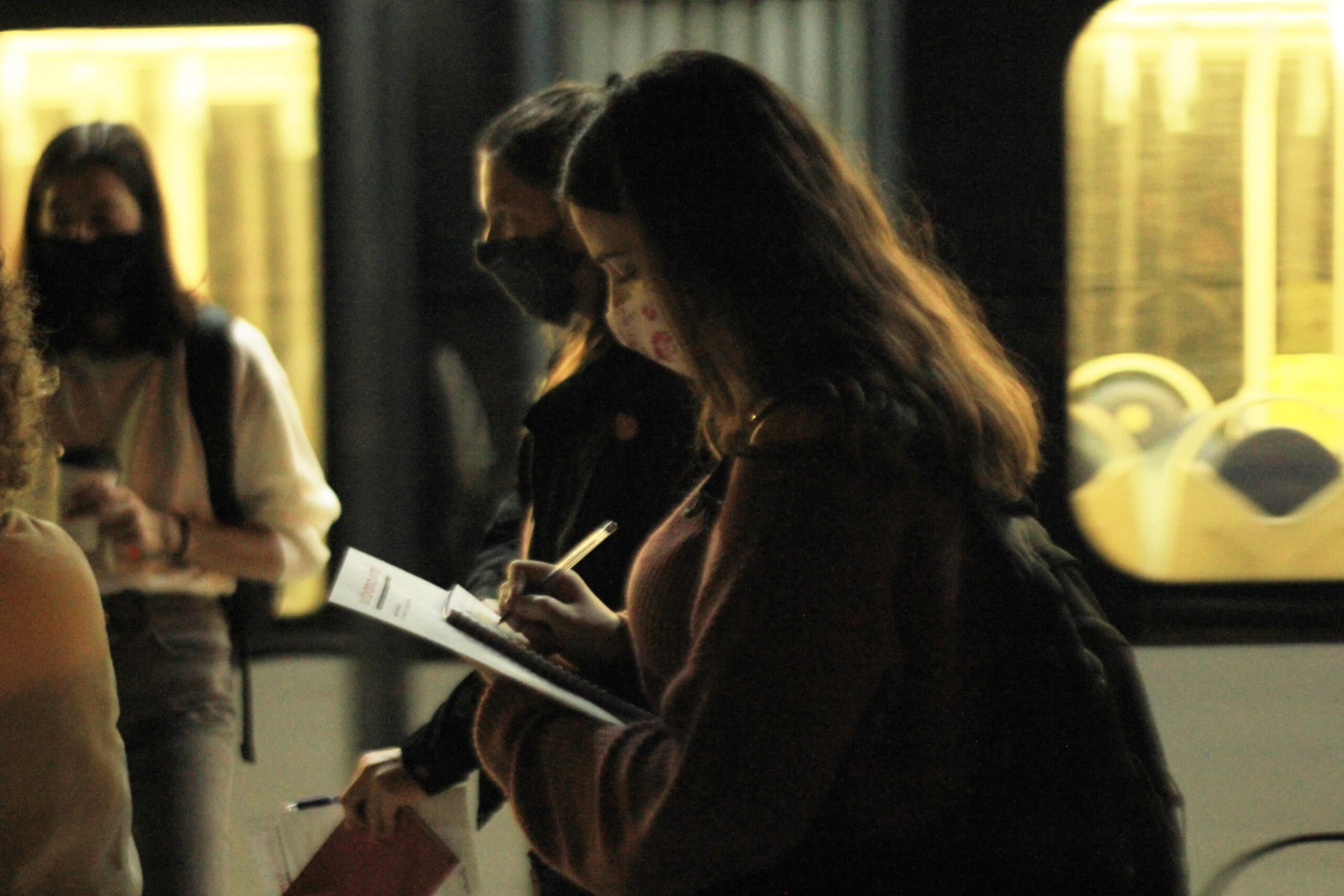 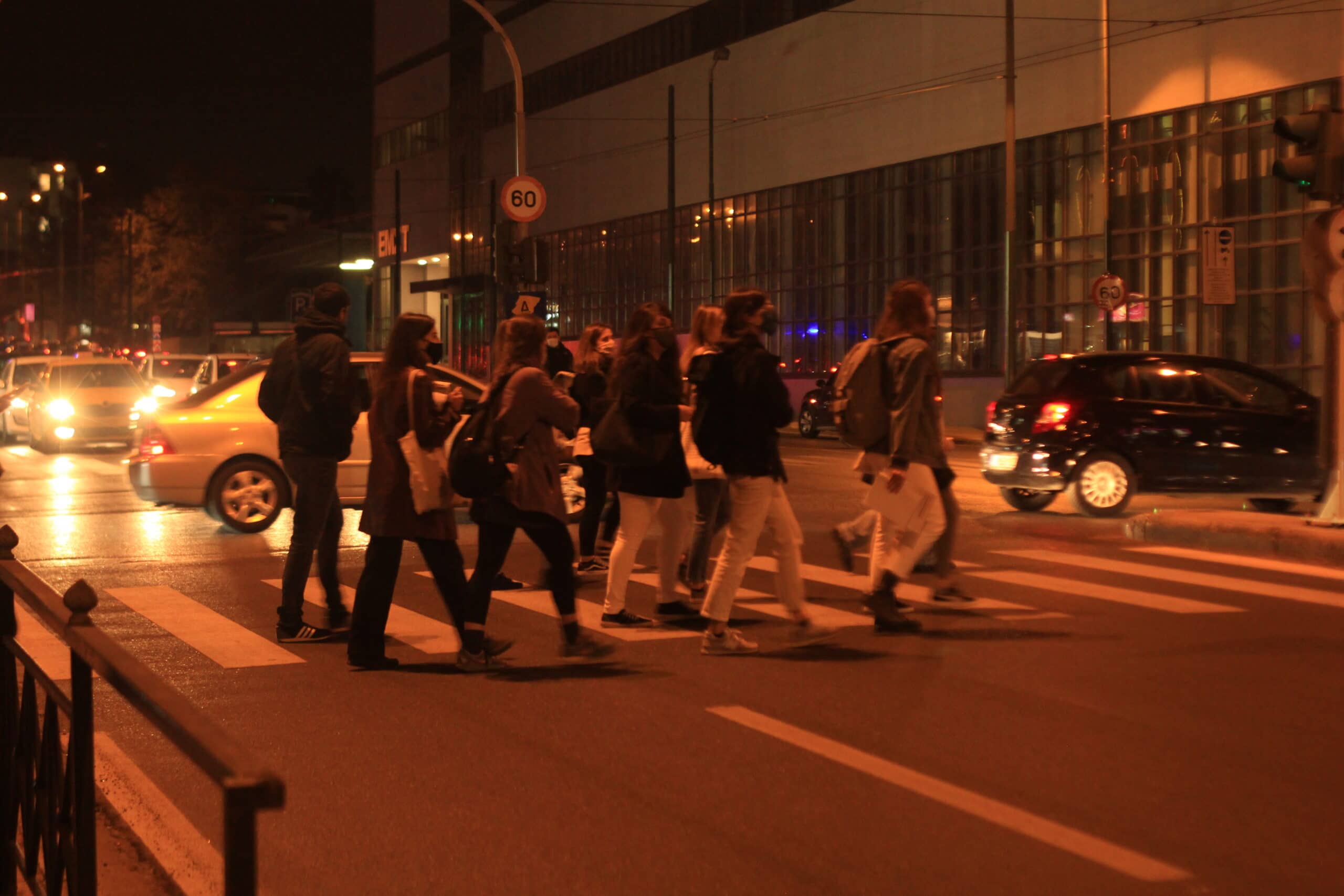 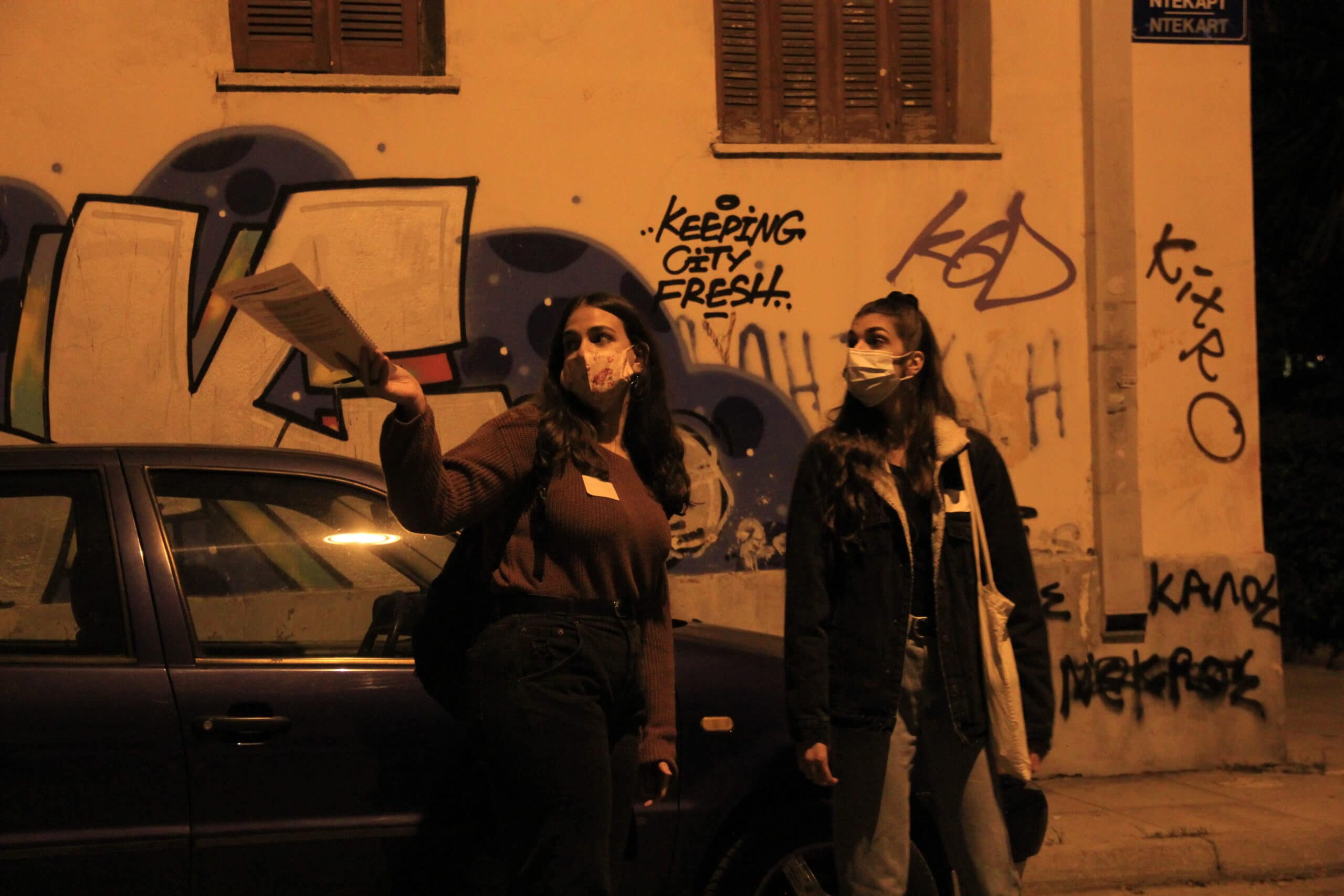 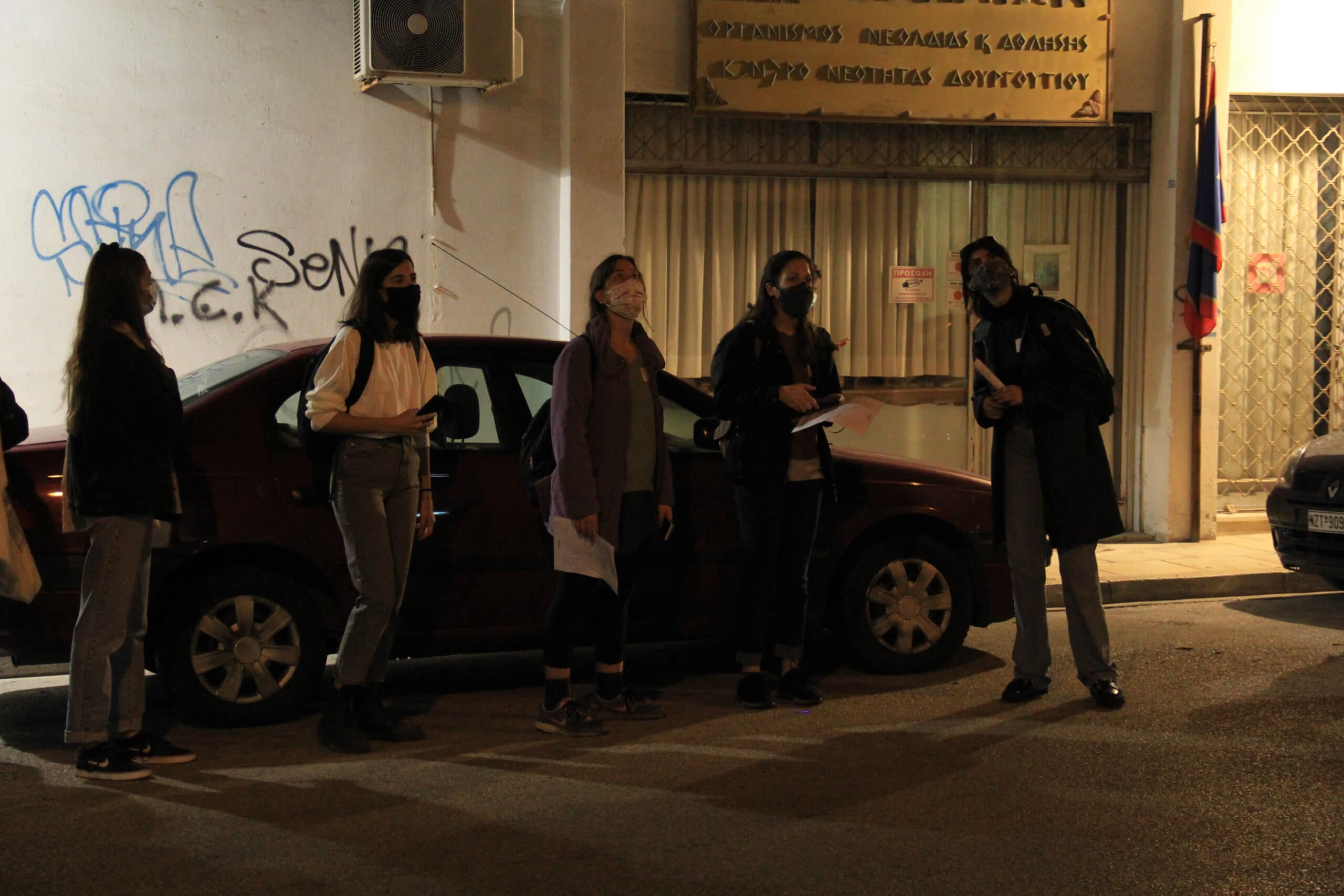 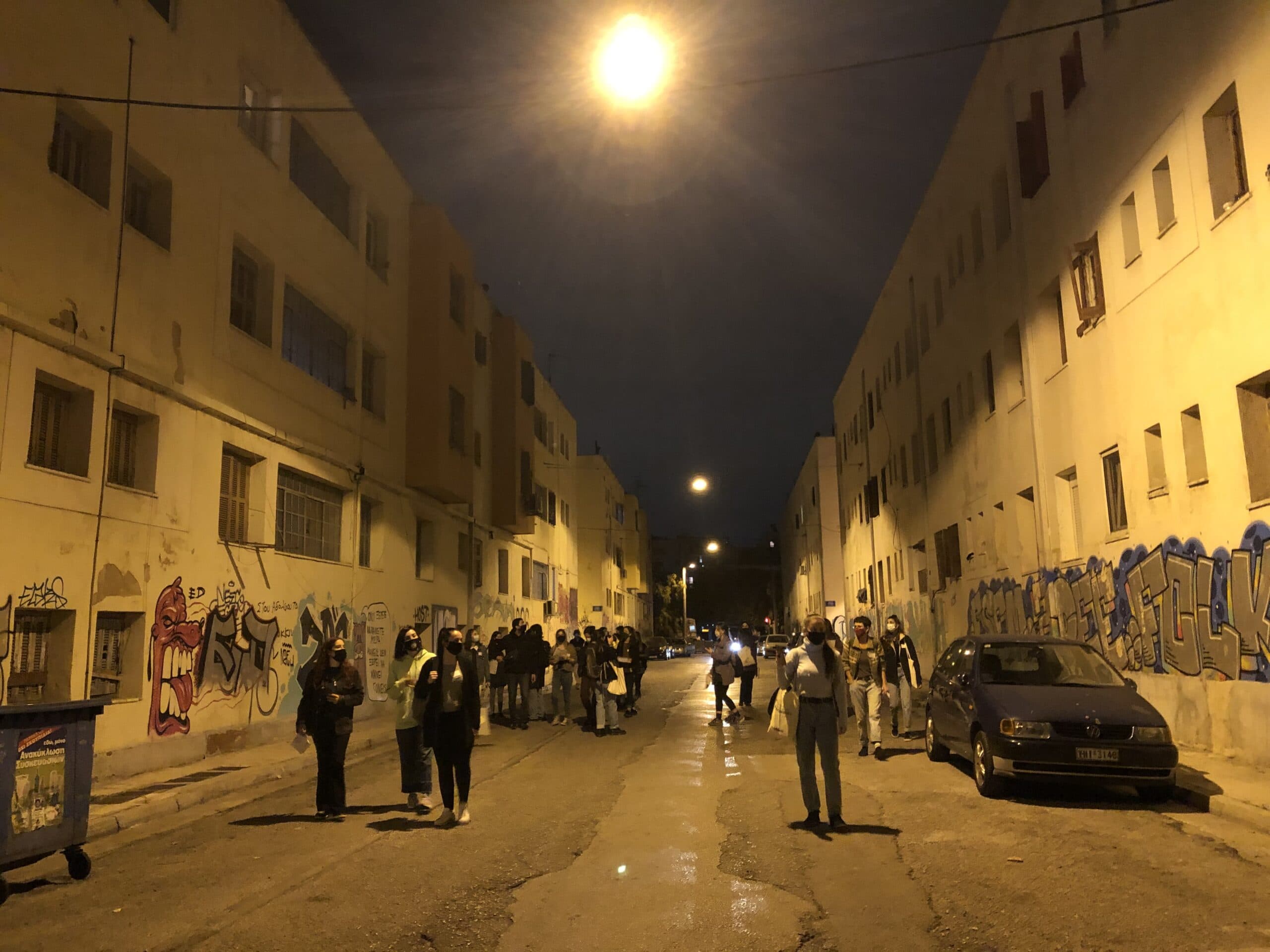 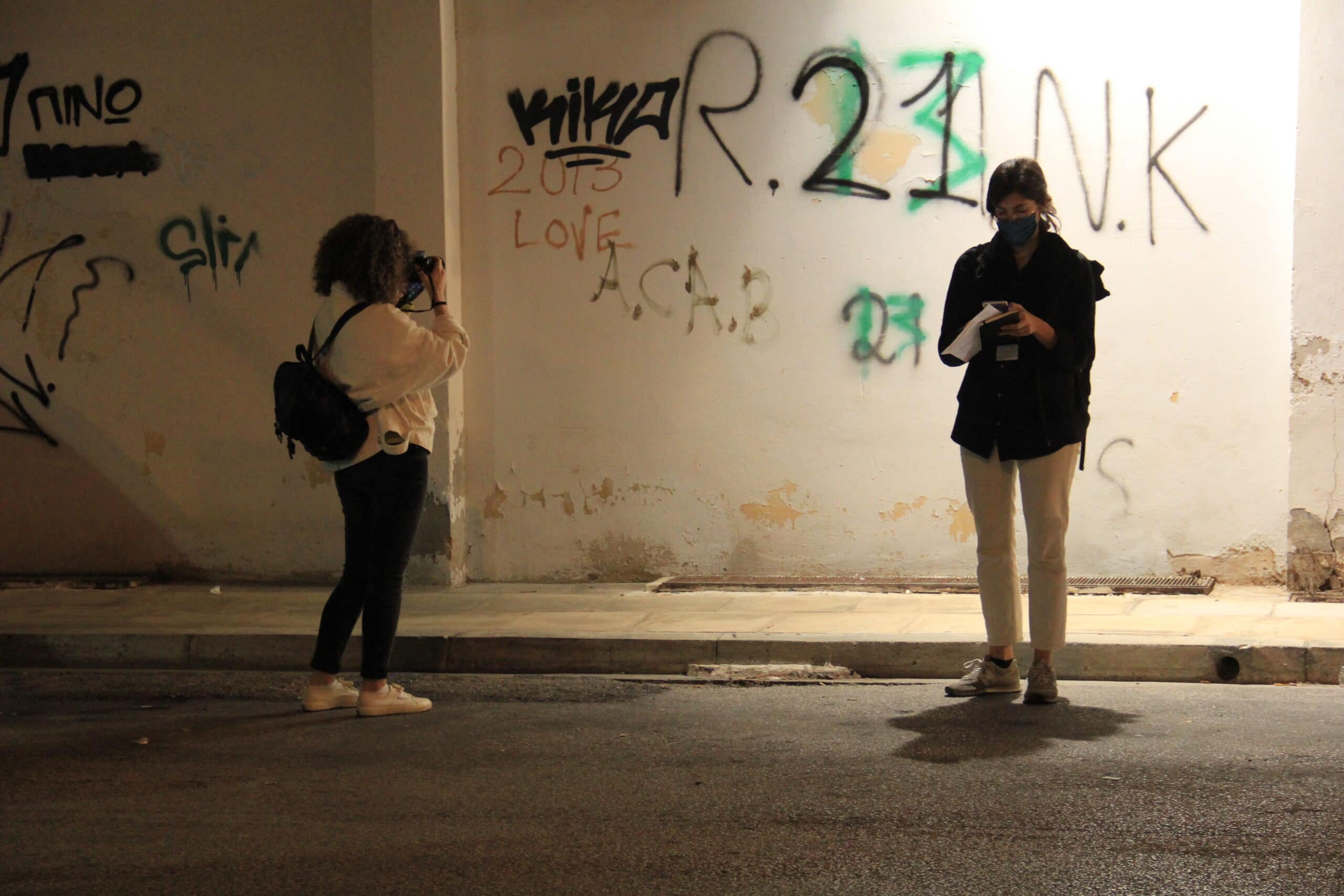 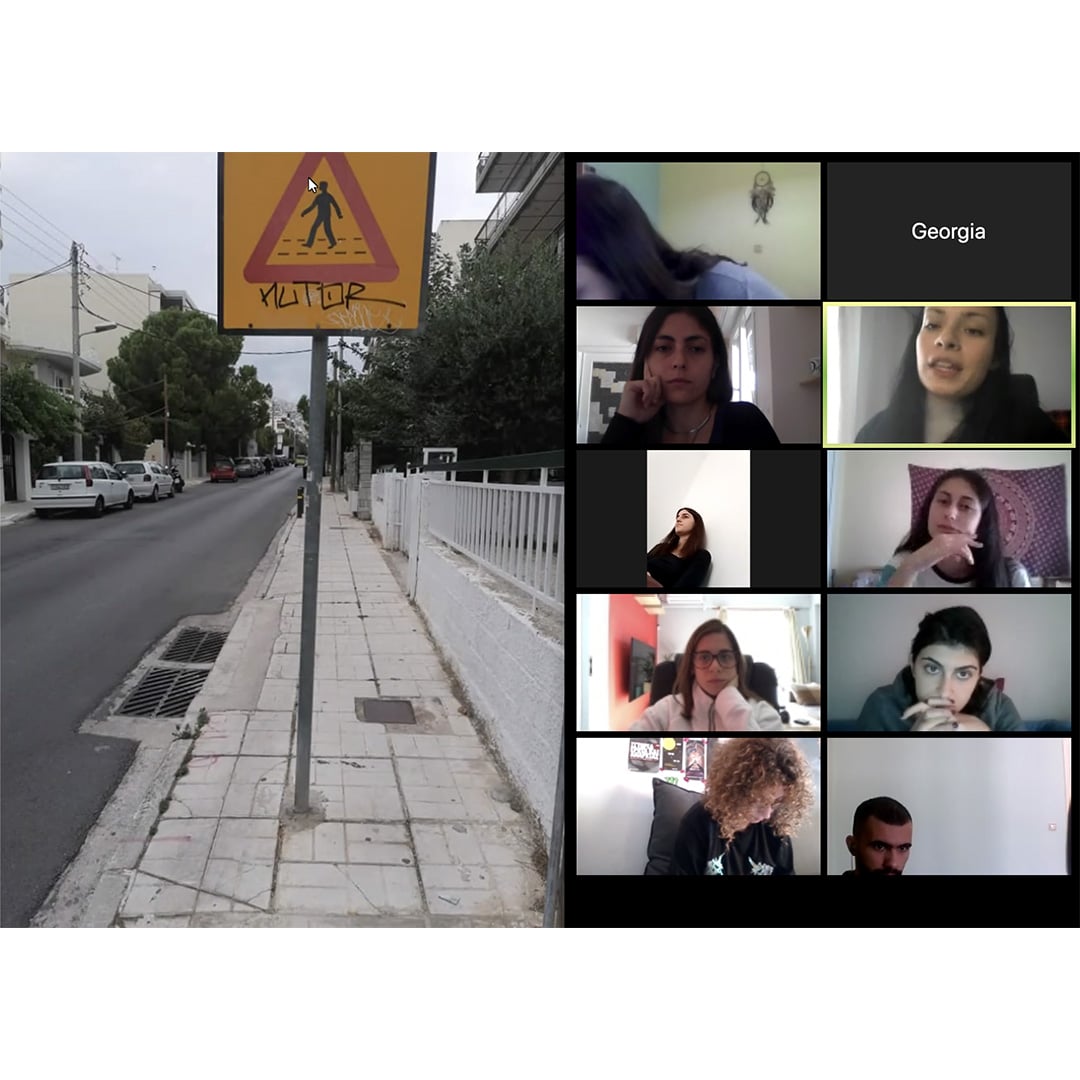 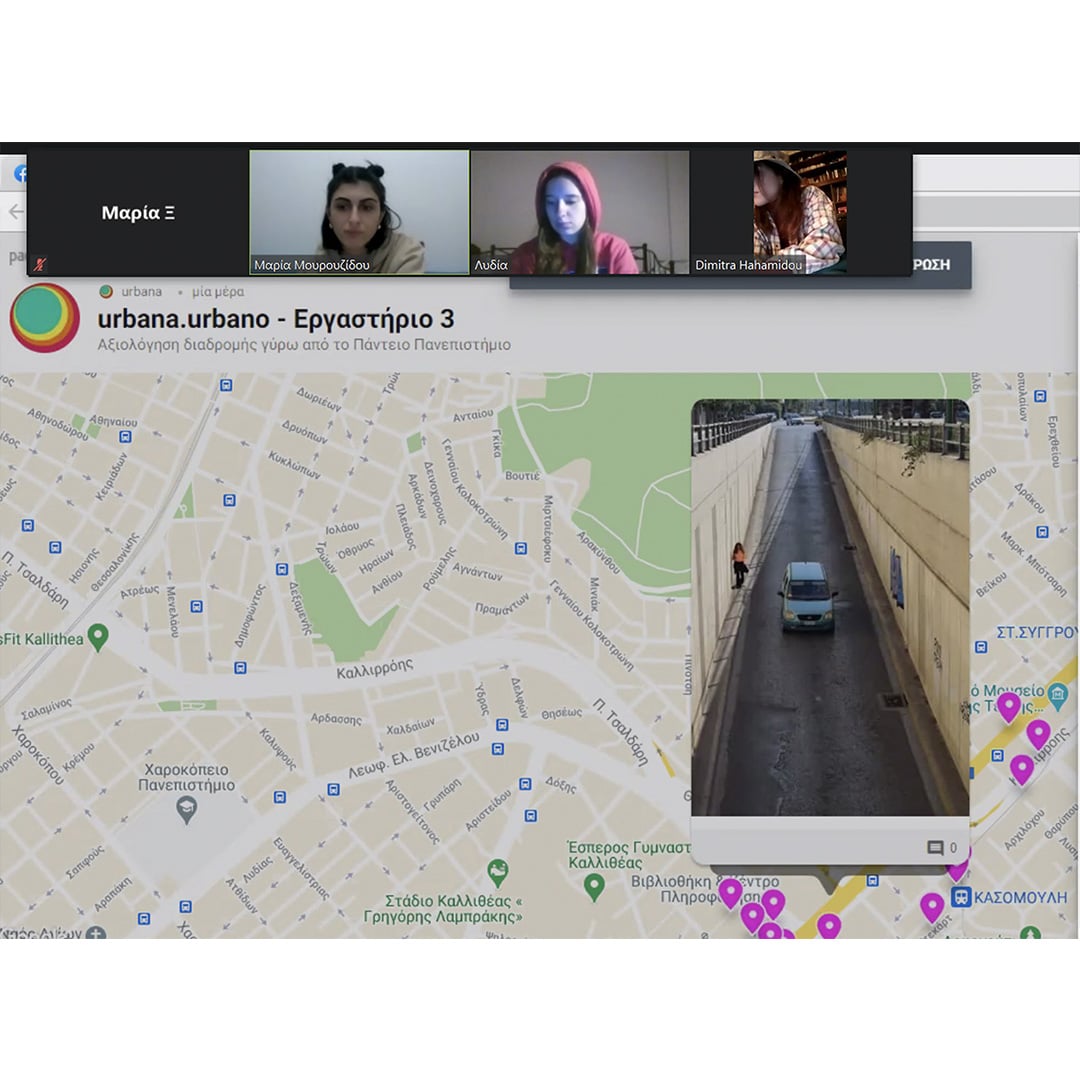 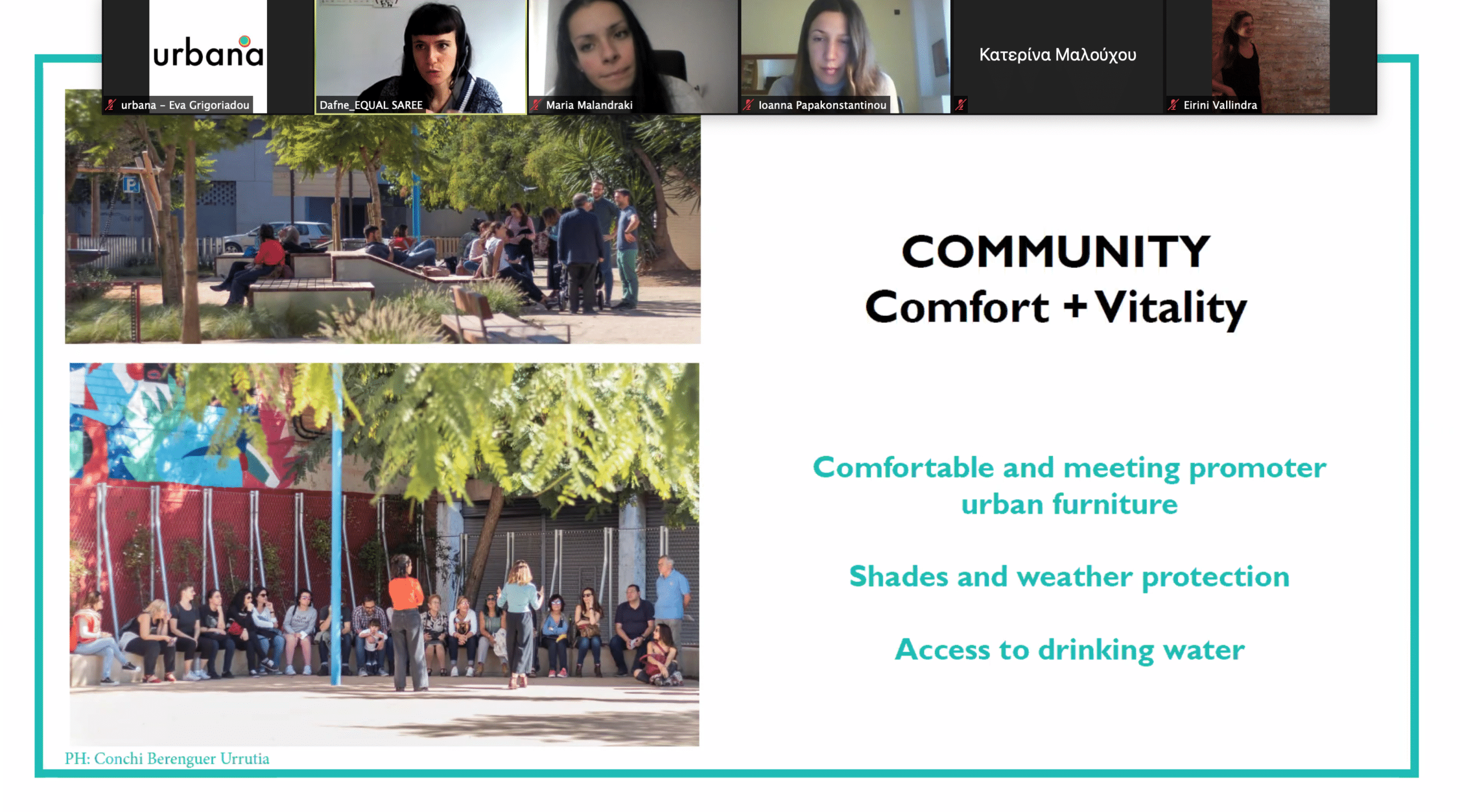 The cycle of workshops “Public spaces of Athens from the perspective of gender: Mixed Groups” – Urbana.Urbano was implemented again this year for a second continuous year! The second round of workshops was attended by 20 people from Panteion University, but also from other scientific fields (such as architecture, law, history, pedagogy, etc.). Seven volunteers from last year’s workshops also participated and they significantly contributed and supported the implementation of the action.

The objectives of the program are to review the structures and characteristics of public spaces of Athens from a gender and everyday life perspective, but also to develop proposals for the transformation of these spaces.

We managed to implement the 1st workshop of this year face to face something that gave us great inspiration to continue. During the 1st workshop, we walked around the area of Panteion University and we discussed our experiences of the city. It was interesting to see that even if we were still unknown to each other, we shared common needs and desires.

During the following workshops (implemented online) we had the opportunity to analyze and organize our empirical knowledge based on specific theoretical background, tools, and methods. Together, but in reality each one of us from his/hers/its own home, with the help of indicators (based on gender perspective and the principles of feminist urban planning) we analyzed our neighborhoods and made suggestions for them.

Upon completion of the workshops, the participants shared their experiences with the rest of the group. They gathered their observations on a collective digital map, while they also developed specific spatial proposals that could solve problems they identified in their neighbourhoods. More specifically, they evaluated their neighbourhoods (neighbourhoods of 11 municipalities of the metropolitan area of Athens) using tools and methods from a gender perspective, with which they familiarised during the workshops. The material produced (analysis of 21 different neighbourhoods of Athens from the perspective of gender) was gathered in an online booklet, available here (in greek).

The project was developed in collaboration with Equal Saree (Barcelona, ​​Spain). It was implemented with the support of the Gender Studies Laboratory of Panteion University and it was funded by the Hellenic Ministry of Culture and Sports.

→ Download the booklet of the workshops “Urbana.Urbano” (in greek) here

With the support of the Gender Studies Laboratory of Panteion University