Participatory Workshops: Athens, a city for all ages 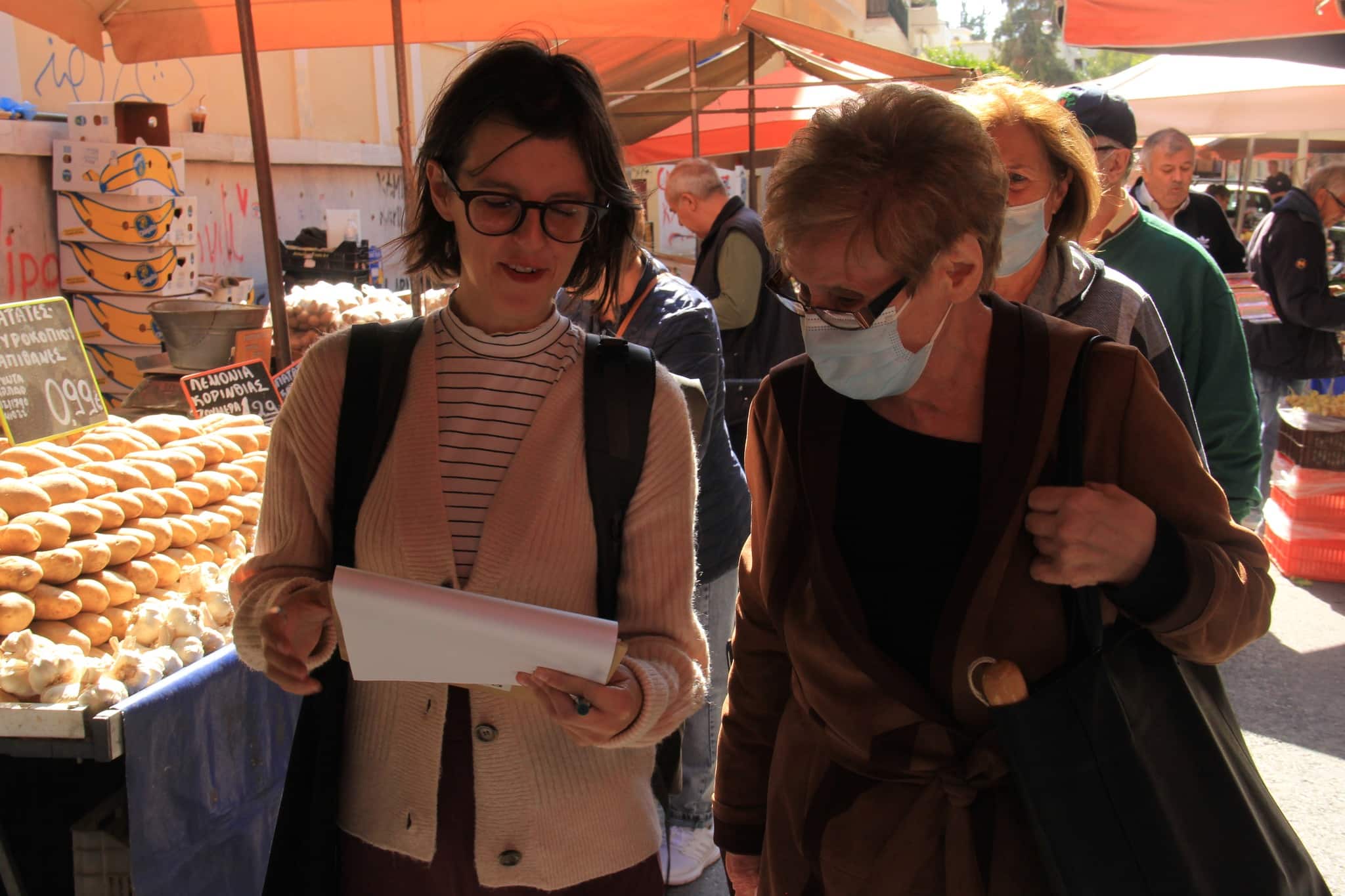 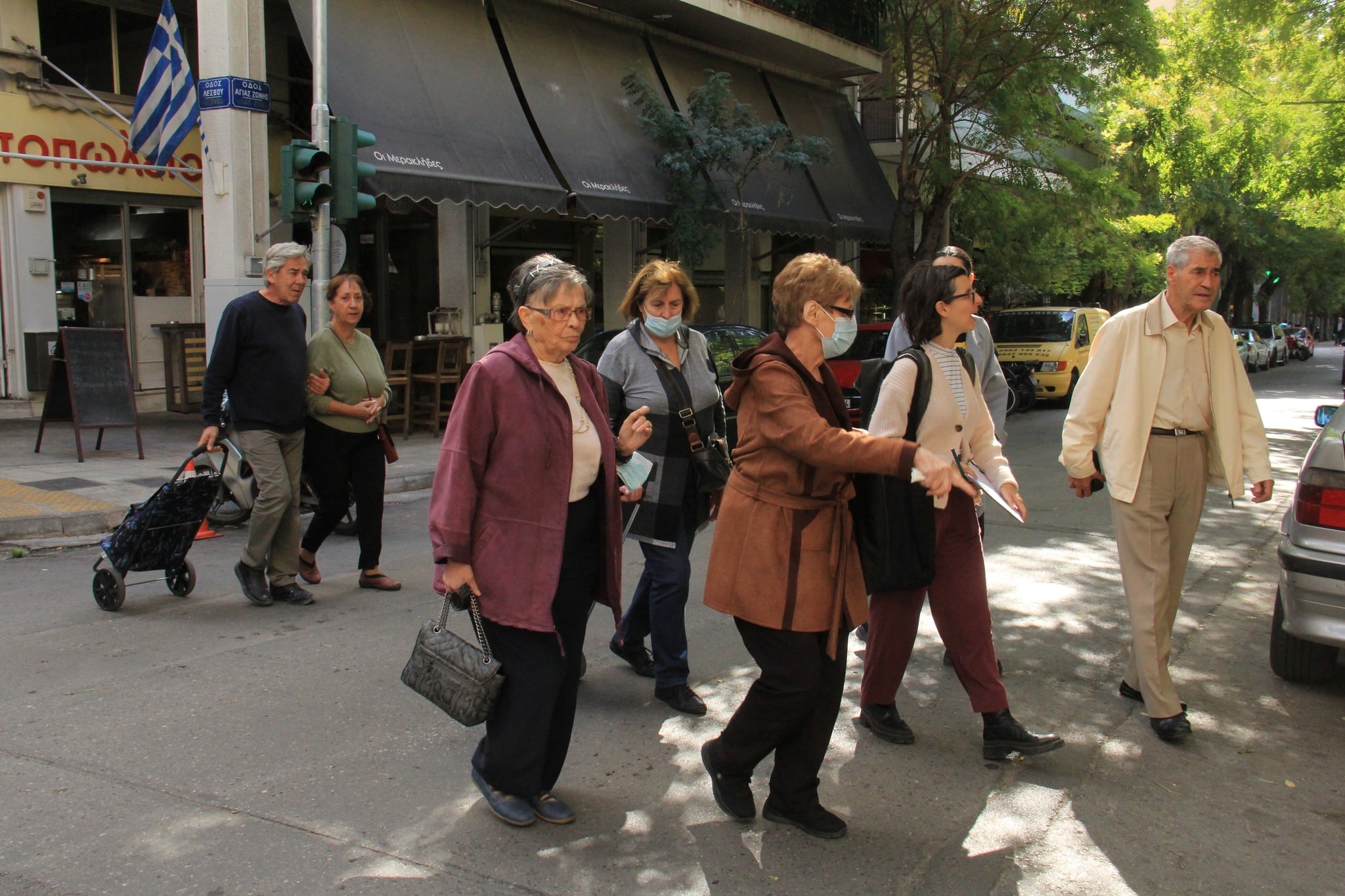 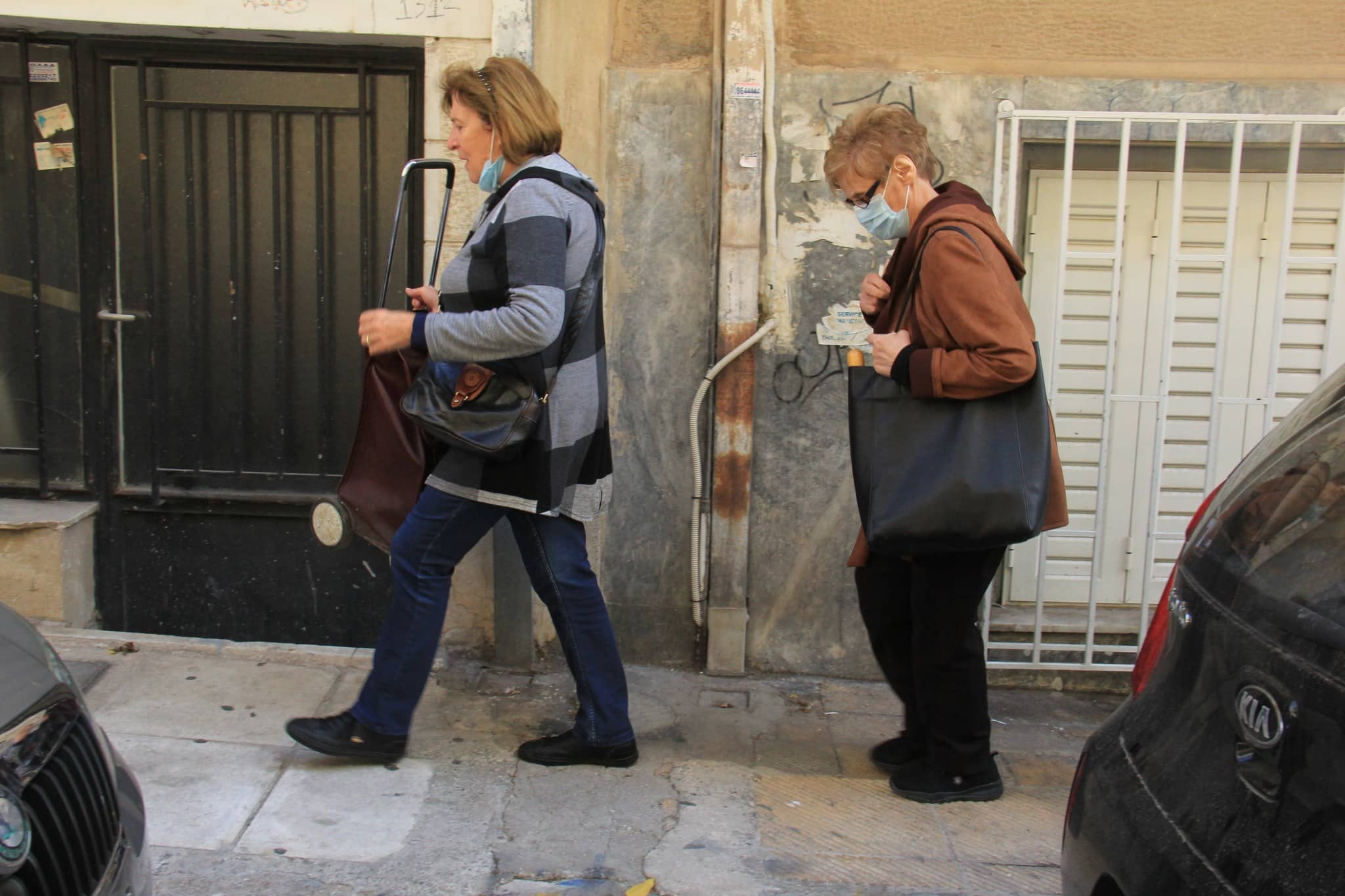 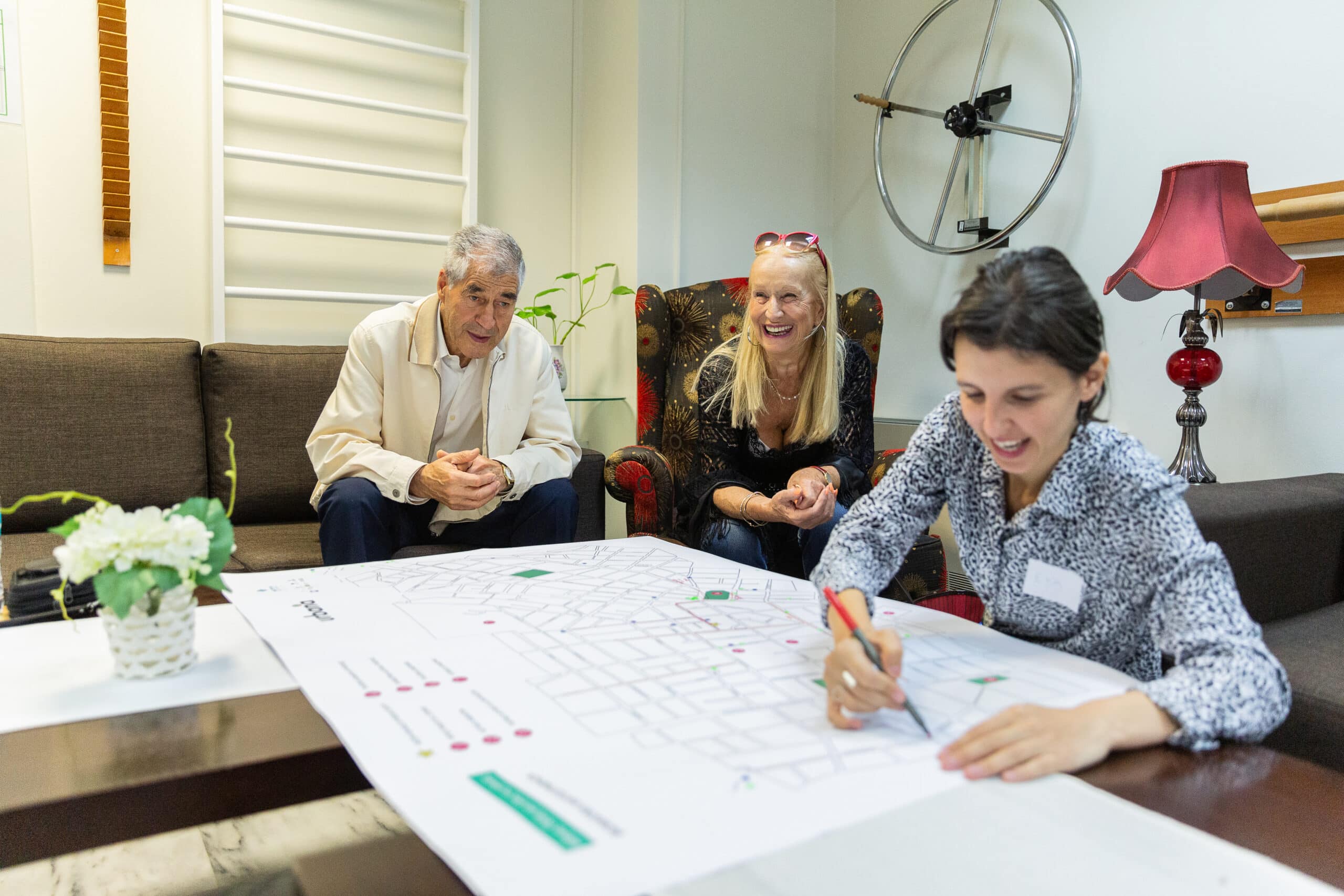 In the context of the Participatory Workshops that URBANA implements, this year we have the opportunity to work with a group that has traditionally been less involved in space planning and decision-making. Specifically, with the program “Athens: A city for all ages”, we will carry out experiential mapping and exploratory walks with senior citizens in the neighbourhoods of Kypseli, Athens!

For whom is the city designed?

Mr Apostolos is 80 years old and lives in Ano Kypseli, Athens. Every morning he walks down the steep downslope of Kaukasou street to meet his friends in his neighbourhood’s Friendship Club. In the afternoon, though, he has to take the same way up to return home. His wife, Mrs Matina, was climbing the same street 4 years ago carrying her groceries. When she arrived home, she told her husband: “this is the last time I go out to get bread”.

Older adults comprise the most marginalised age group in urban planning. According to research, the most important problems the elderly frequently meet in public spaces are traffic and high speed, pollution, dirty streets and spaces, and inappropriate directions. Others have also pointed out problems such as the lack of pedestrian bridges and green space. These problems can even result in deadly accidents. According to the Hellenic Statistical Authority, in Greece, in 2020, the highest percentage (50,0%) of deceased pedestrians in road traffic accidents were people over 65 years old. Finally, the aforementioned problems affect the elderly’s mental health as they do not feel comfortable and safe getting around the city autonomously, restrict themselves at home, like Mrs Matina, and gradually stop participating in public affairs.

Our project “Athens: A city for all ages” aims to record the elderly’s experiences, needs, and desires in the city’s public space and support them to develop proposals for an all-ages-friendly city.

The methodology includes recording the problems through exploratory walks, an innovative participatory research method where the participants become researchers themselves. The program will last 6 months and takes place in collaboration with the Friendship Club of Kypseli, a neighbourhood of Athens facing multiple social challenges. During that time, we will carry out 6 experiential workshops with members of the Club living in the neighbourhood. Finally, we will create a report with the results, suggestions for urban interventions, and a developed methodology guidebook.

With the developed methodology, we aim to take action in other areas of Athens and Greece, in general, to highlight the everyday life of older adults in contemporary cities and co-develop urban interventions with the local authorities.

Participate: members of the Friendship Club of Kypseli (Kiou)

The program is funded by the TIMA Foundation under the program Points of Support, with the support of the Social Solidarity Department of the Municipality of Athens.