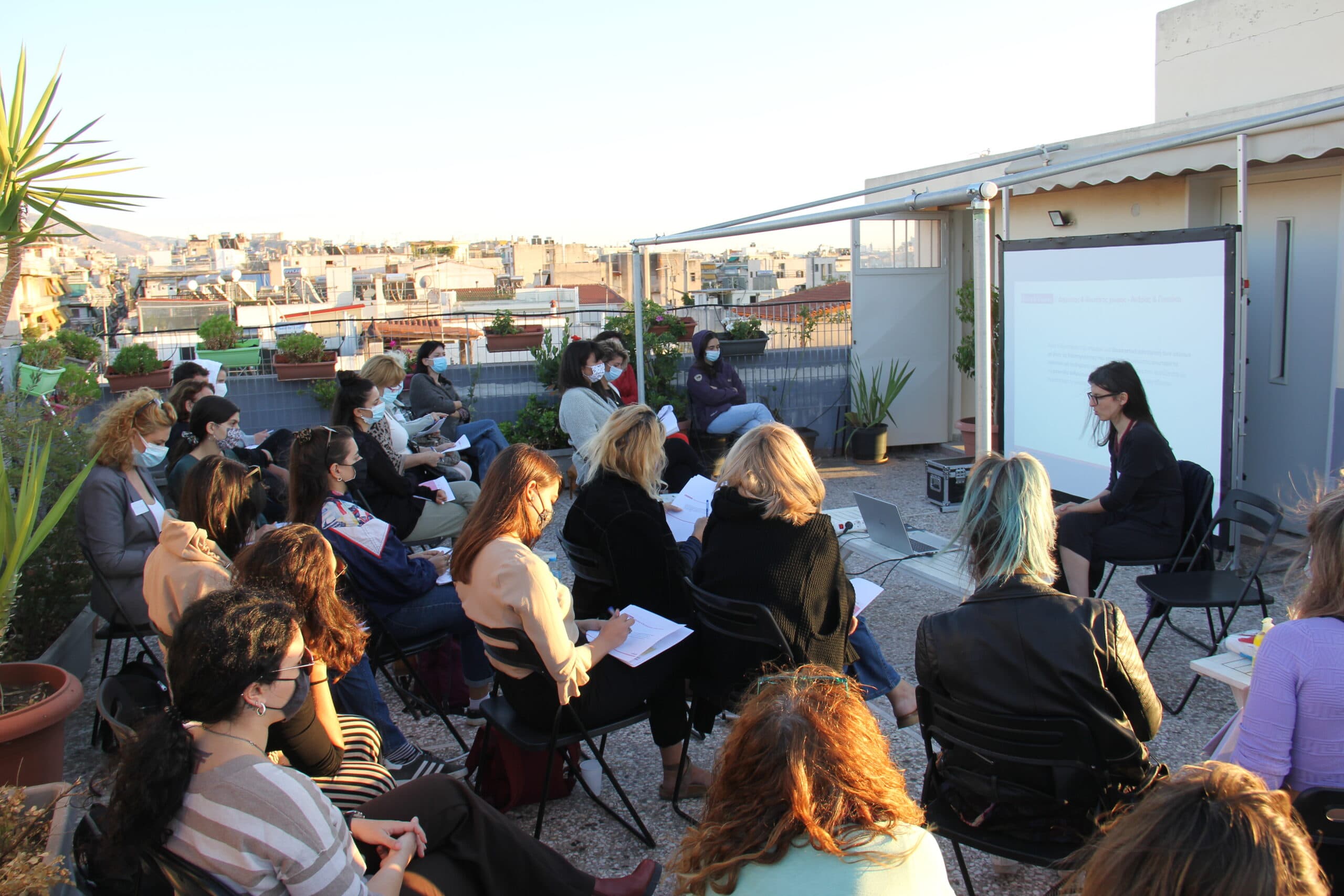 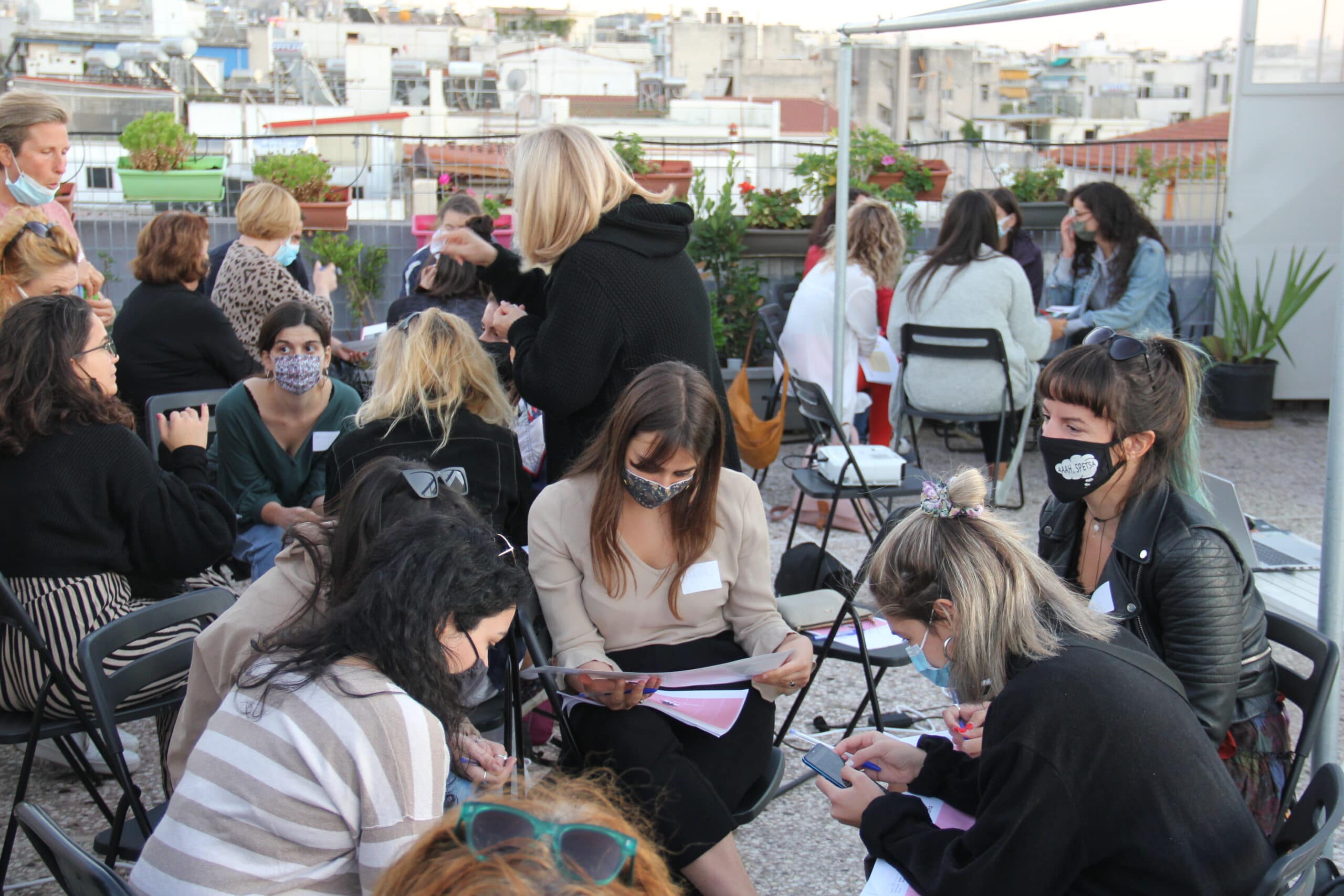 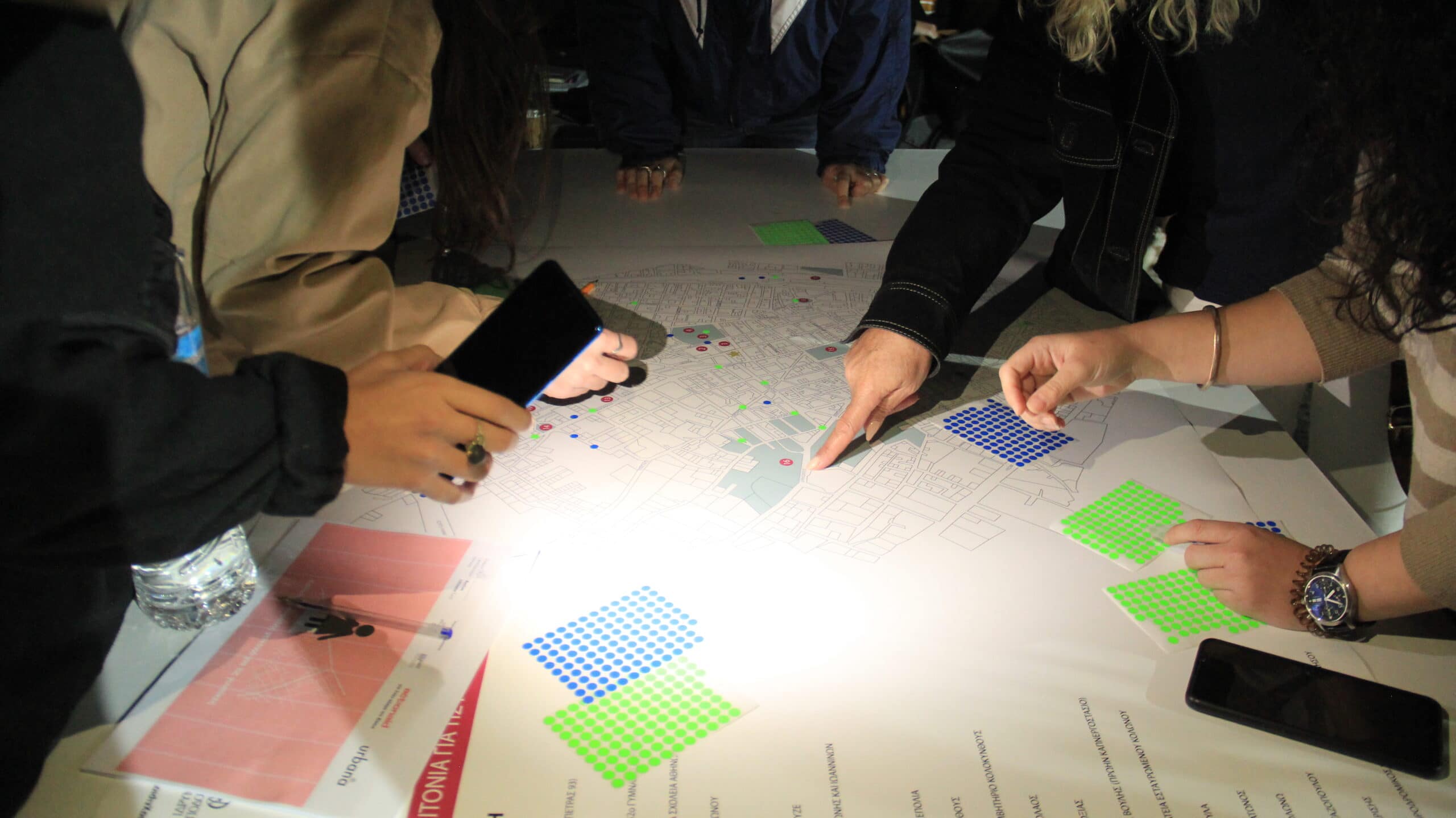 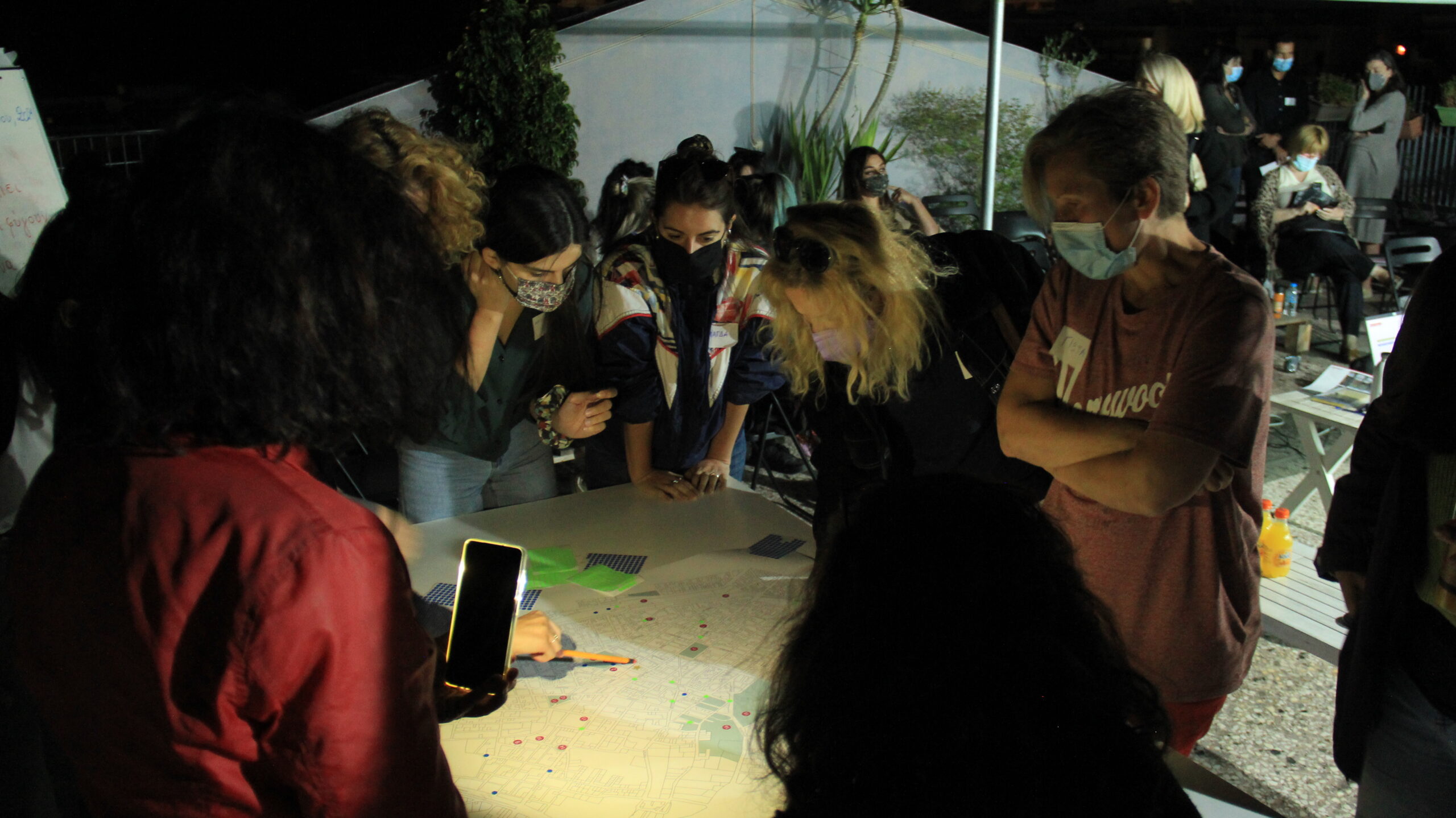 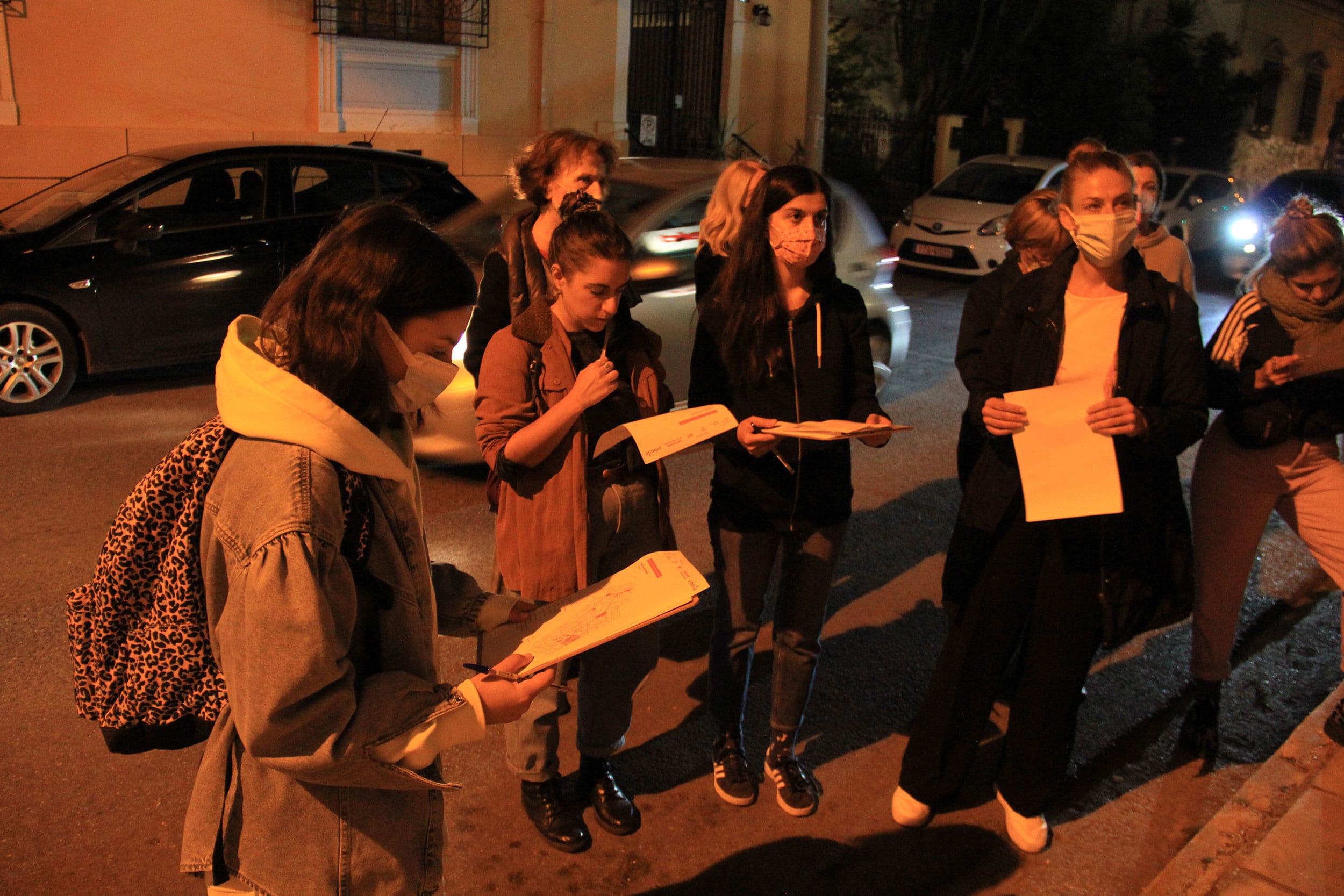 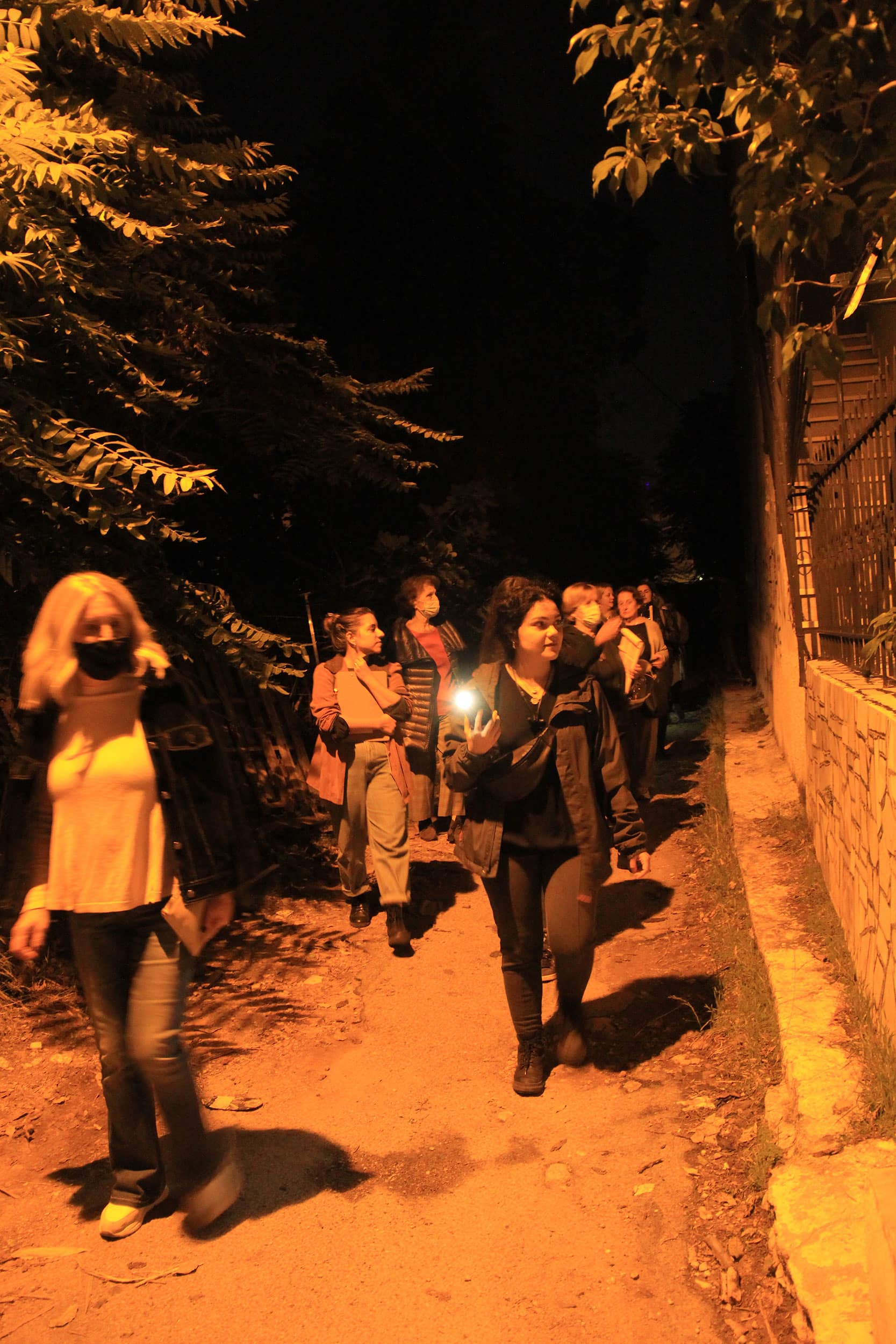 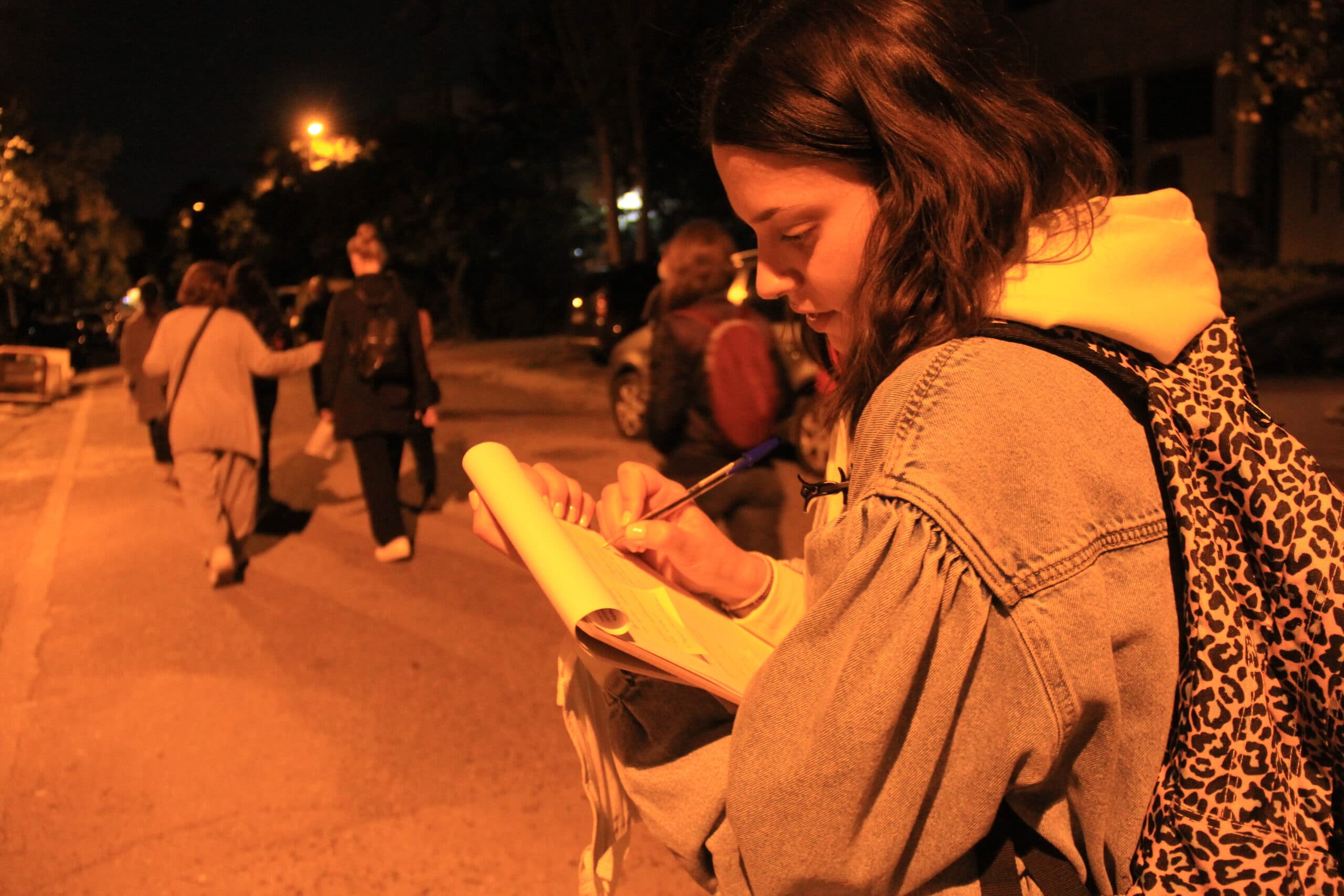 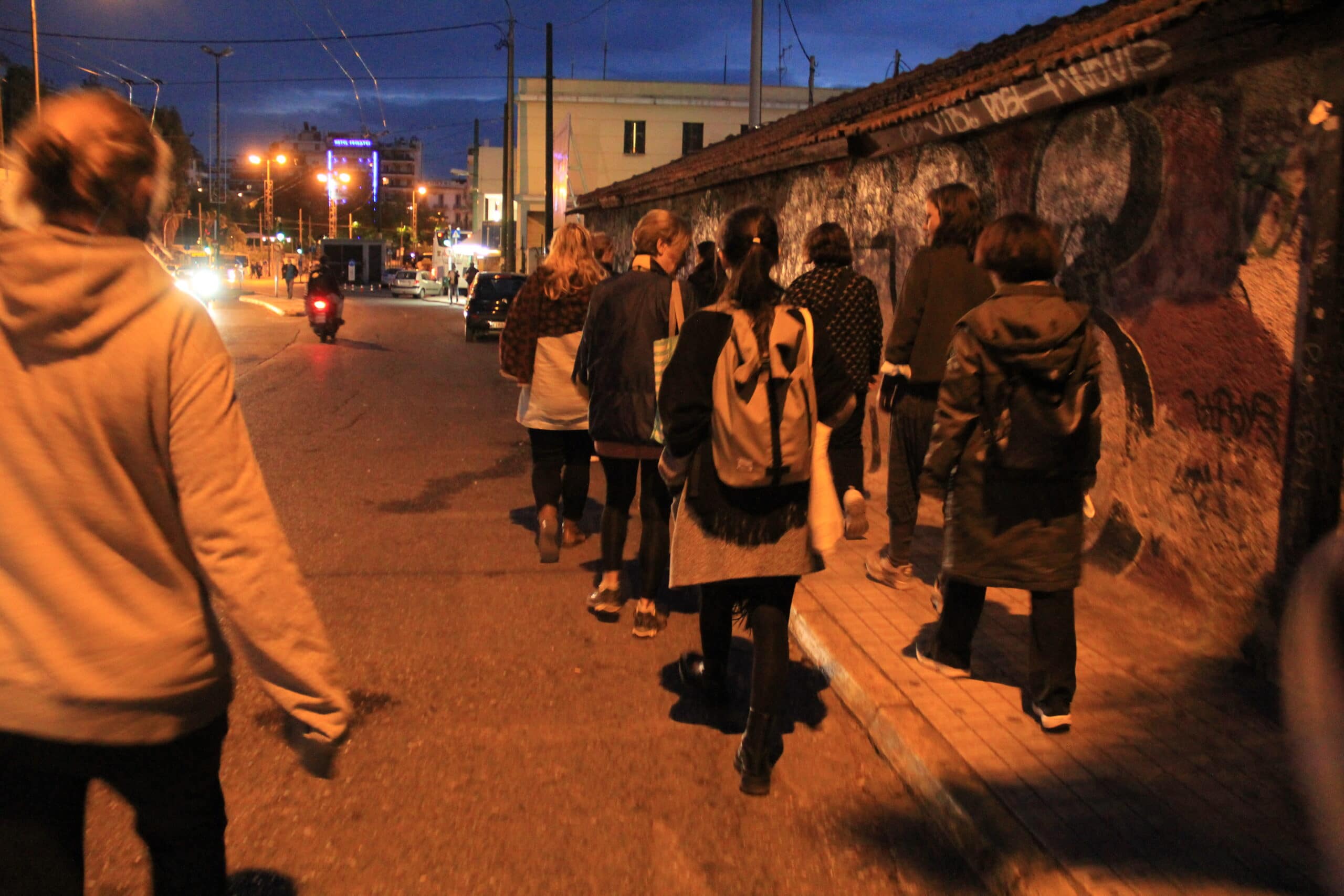 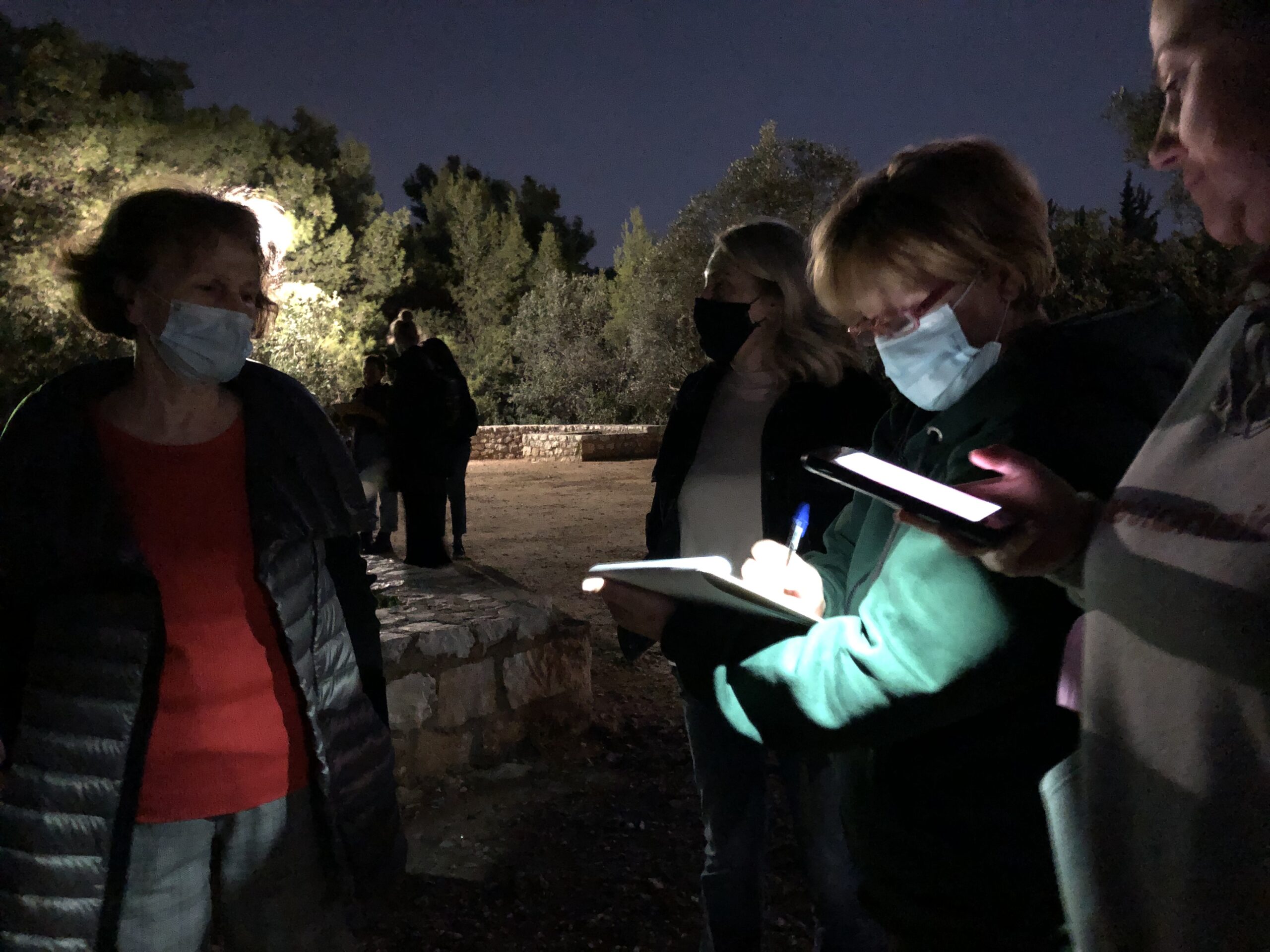 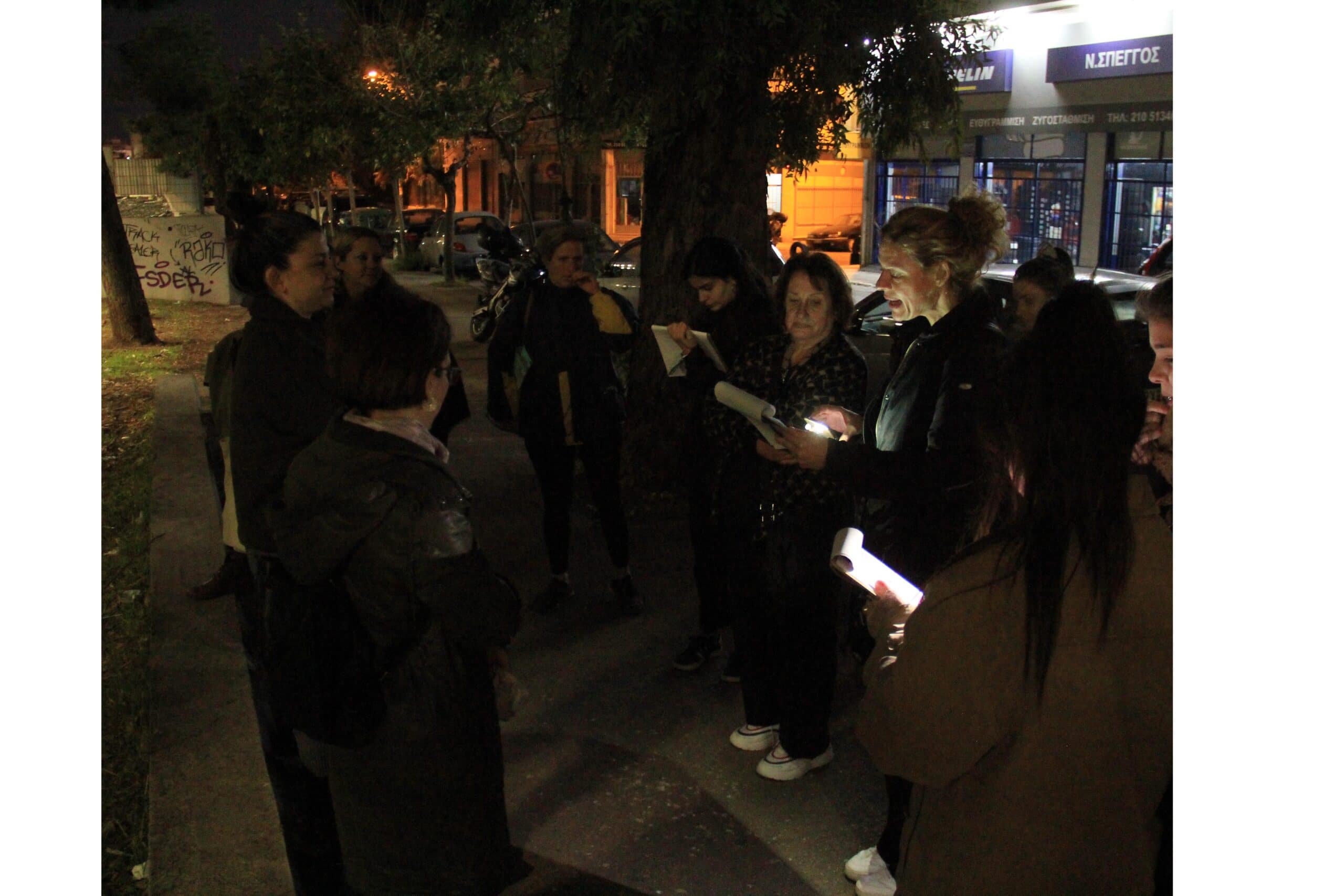 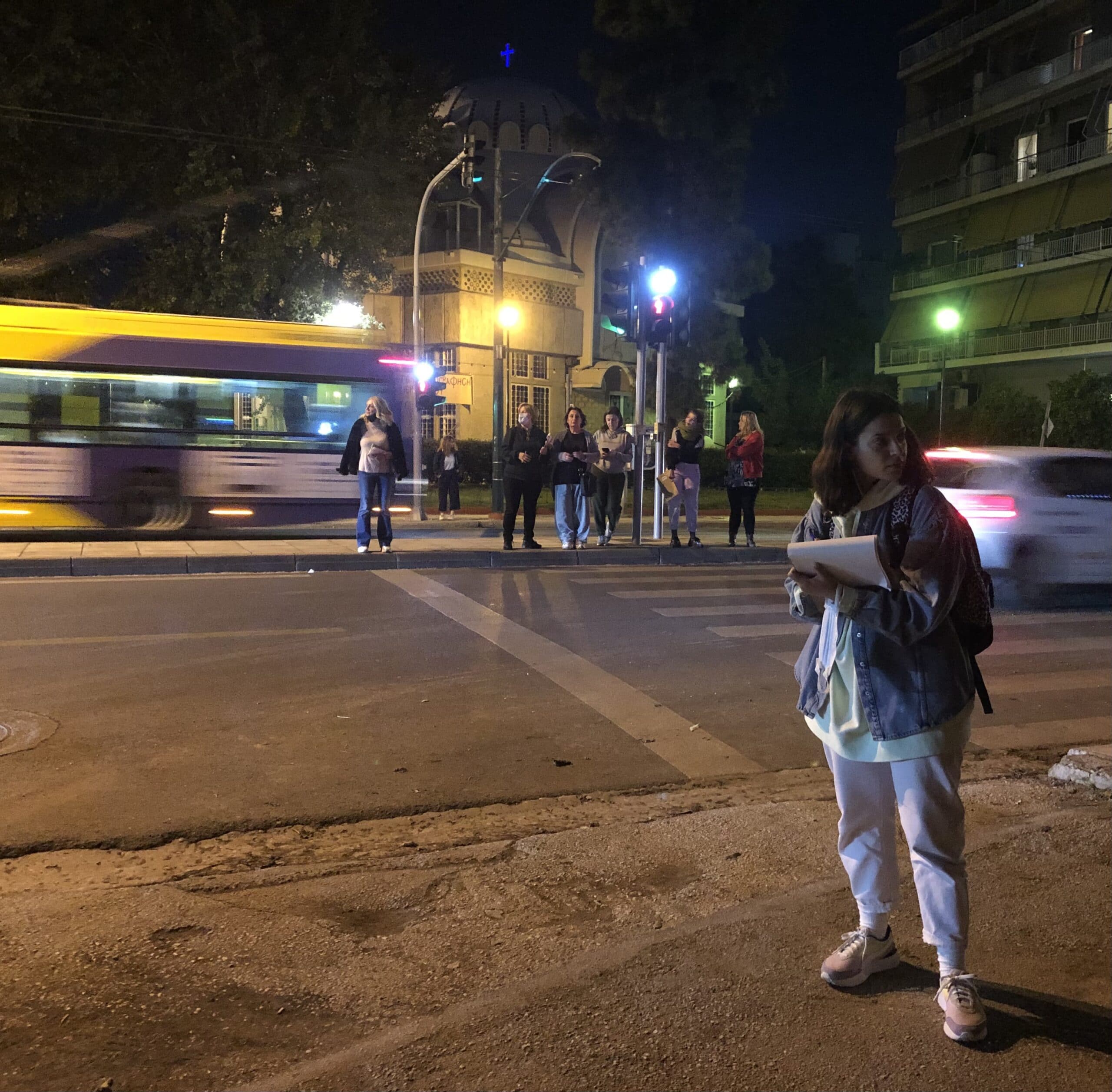 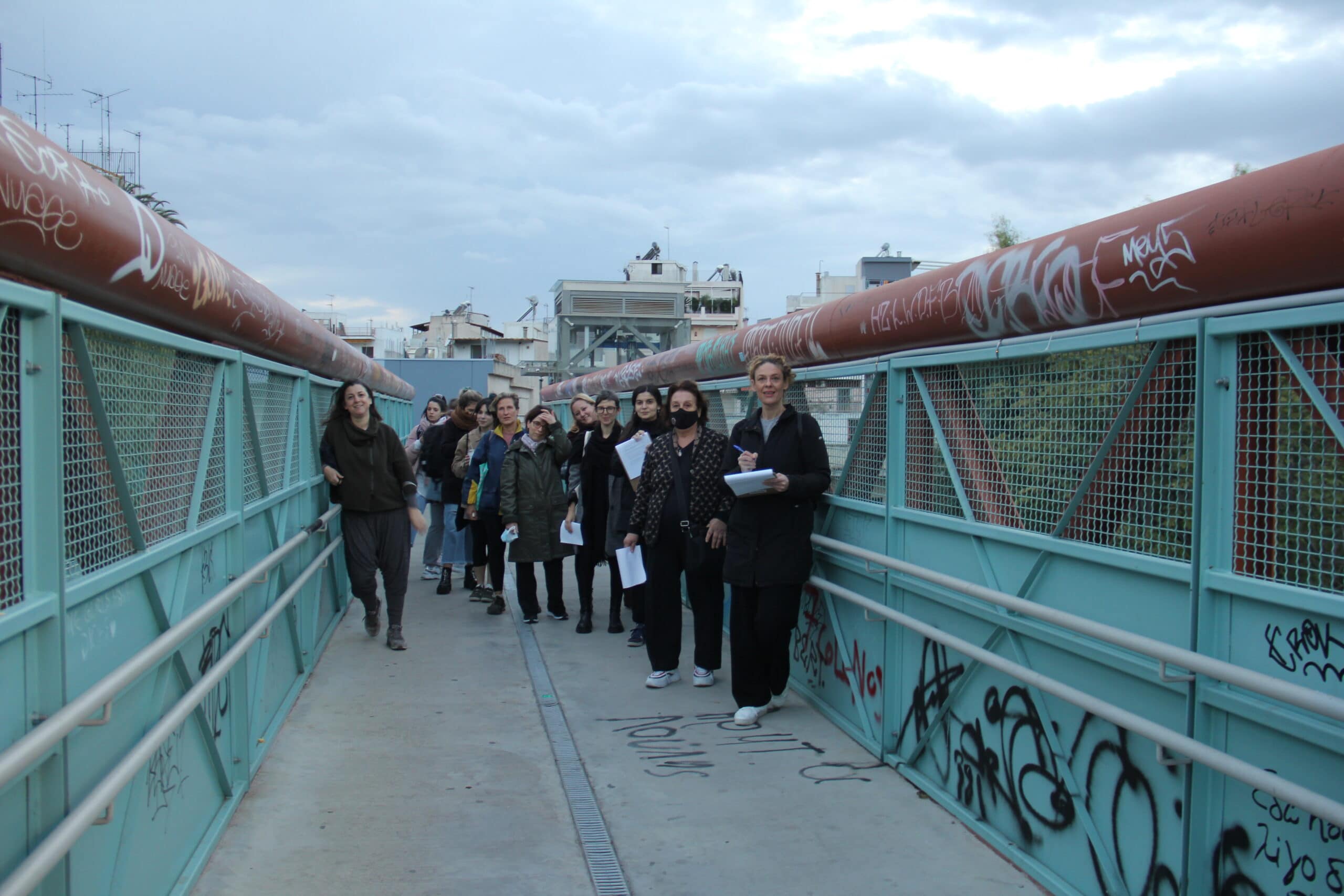 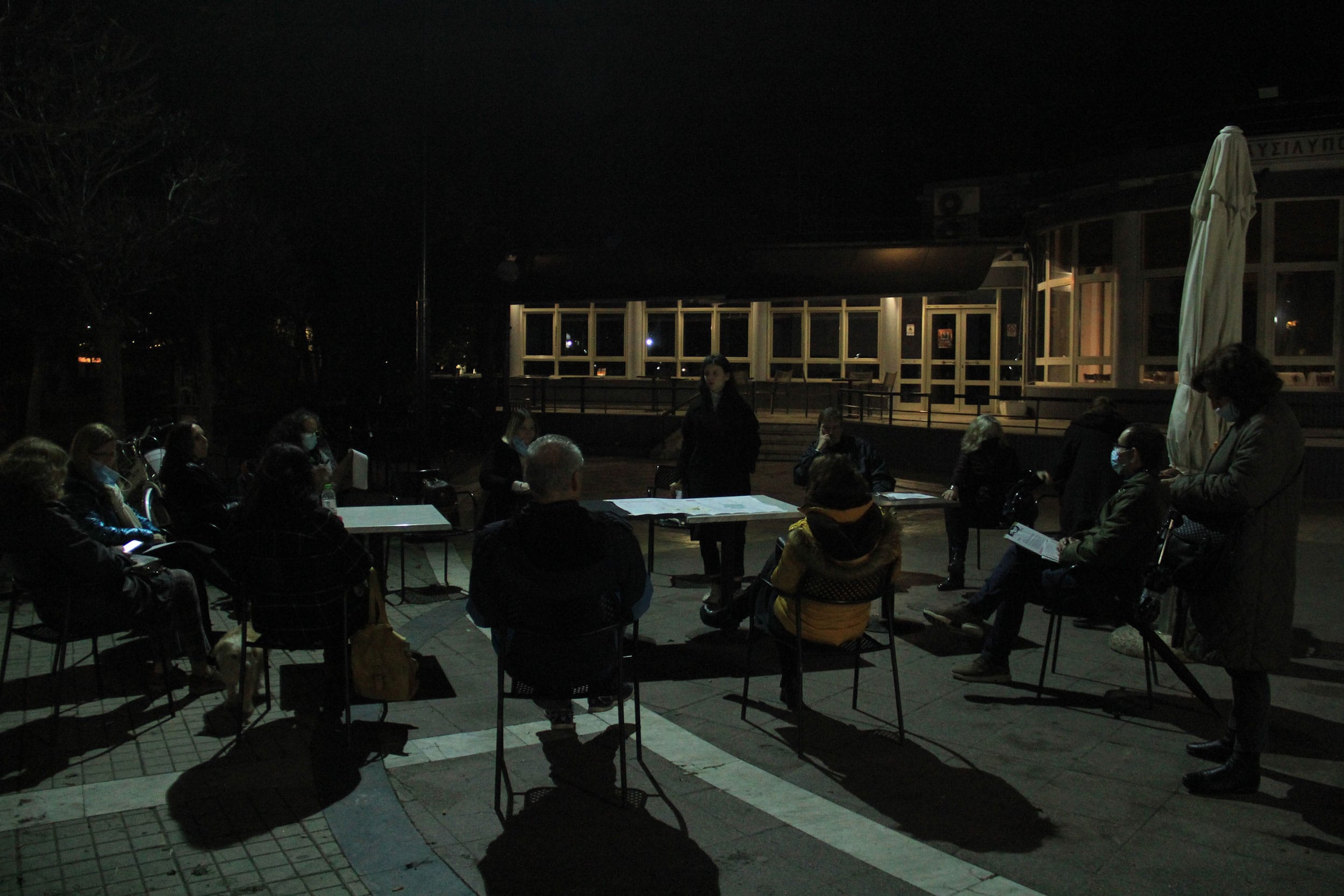 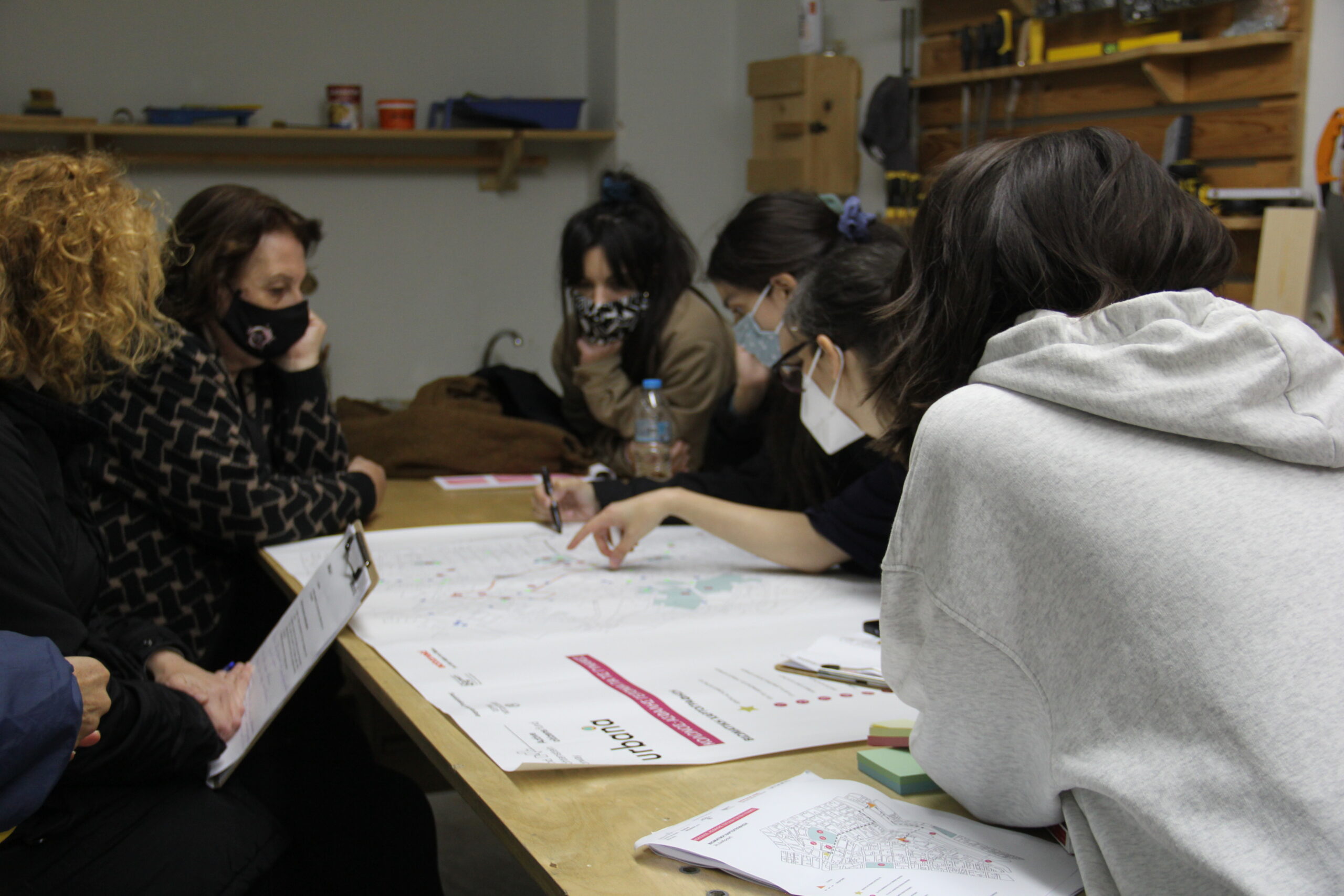 Urbana designs and implements Participatory Neighborhood Workshops that are adapted to the needs of each community. The workshops aim to support the participation of citizens in the social and spatial development of their neighborhoods. Through exploratory walks, participatory research, and design, the workshops highlight the daily knowledge of the residents themselves and emphasize the experiences of groups that have traditionally been excluded from the urban planning practices, such groups are women, LGBTQI+, children, the elderly people, etc.

The conclusions of the workshops are of high importance and can be utilized by the governing bodies for the future development of urban space.

The Participatory Neighborhood Workshops aim at:

Cities have the capability of providing something for everybody, only because, and only when, they are created by everybody – Jane Jacobs, The Death and Life of Great American Cities

We familiarise ourselves with the participatory planning methods, we record and prioritize the issues that need resolving, and document the proposed ideas that arise from the residents themselves. The residents of each neighborhood of the city are the most suitable to make proposals for it.

…with groups of women

Public space is not a place with equal opportunities for all! We are raising awareness of the gender dimension of the public space by following experiential methods. We research and record the experiences of women and we highlight them as a basic tool for redesigning the city by setting the focus on everyday life activities.

Through experiential activities and play, we document the experiences of children in the public space of the city and we highlight their needs and desires.

During the period October – November 2021 we had the opportunity to collaborate with ActionAid Hellas in the framework of the Gender Responsive, Accountable and Transparent (GREAT) Budgeting project. We designed and implemented awareness-raising workshops and experiential mapping walks from a gender perspective, in Athens (in collaboration with ActionAid Hellas Community Center in Kolonos) and in Karditsa (in collaboration with the Karditsa Women’s Center).

During the workshops, the participants had the opportunity to realize the gender dimension of the public spaces in their city and how this affects their everyday lives. They were asked to evaluate public spaces that they use on a daily basis and to discuss their proposals for improvement.

After the completion of the workshops, URBANA recorded the main identified issues and conclusions in order to inform the local bodies and so to take further action.

In collaboration with ActionAid Hellas, in the framework of the project Gender Responsive, Accountable and Transparent (GREAT) Budgeting